The Jorgensen Company has been a distributor and processor of steel and aluminum, as well as a manufacturer of marine shafting and related components for more than 60 years. The company's forge facility consists of two plants, one on a 22- acre site in Seattle and the other covering 4 acres within the large Jorgensen complex in Los Angeles, Calif.

The Forge Division facilities include capability for melting steel, open die forgings, ring rolling, heat treating, and machining forgings and other marine-related products weighing up to 150 tons. For many years the company has been a major supplier to the Navy and Coast Guard programs.

Under the newly formed association, Jorgensen-Escher Wyss, Herb Streb, formerly director of Northern Line-Escher Wyss at Tacoma Boat Building Company, will assume the position of manager propeller operations. Mr. Streb brings over 30 years' marine experience to Jorgensen, the past 15 years of which have been associated with controllable-pitch propellers.

The Earle M. Jorgensen Company reports its new affiliation with Escher Wyss will result in the largest manufacturing facility of controllable- pitch propellers and marine shafting in the world.

For free literature and further information on the Escher Wyss line of controllable-pitch propellers, Circle 30 on Reader Service Card 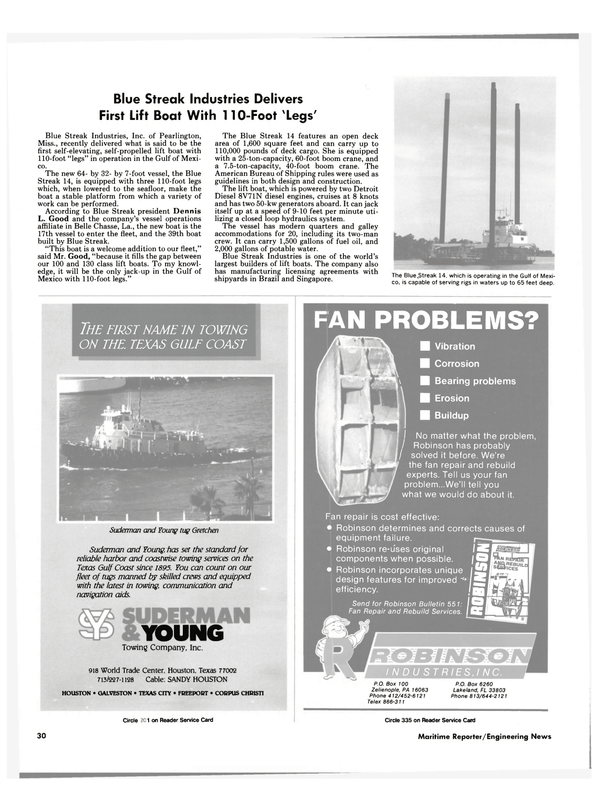