A general meeting of the Southeast Section of The Society of Naval Architects and Marine Engineers was held recently at the Jacksonville Hilton, Jacksonville, Fla.

The theme of the meeting was the conversion and repair of the cruise ship M/V Skyward, operated by Norwegian Caribbean Lines. The vessel was in drydock at Jacksonville Shipyards, Inc. for extensive repairs and fitting of a new bulbous bow.

The second preparation by Tage Wandborg, featured a video tape offering an interesting look at a futuristic cruise ship concept, The Phoenix, expected to be operational in the next three years.

The third presentation, titled "The Shipyard's Perspective" by Frank DeGrim, manager of engineering, Jacksonville Shipyards, Commercial Division, provided an in-depth look at how a shipyard gears up to meet the varied tasks and requirements of a cruise ship repair in the minimal amount of time in which the ship can be out of operation.

The highlight of the meeting was an extensive tour of the M/V Skyward in the drydock, conducted by Jacksonville Shipyard personnel. 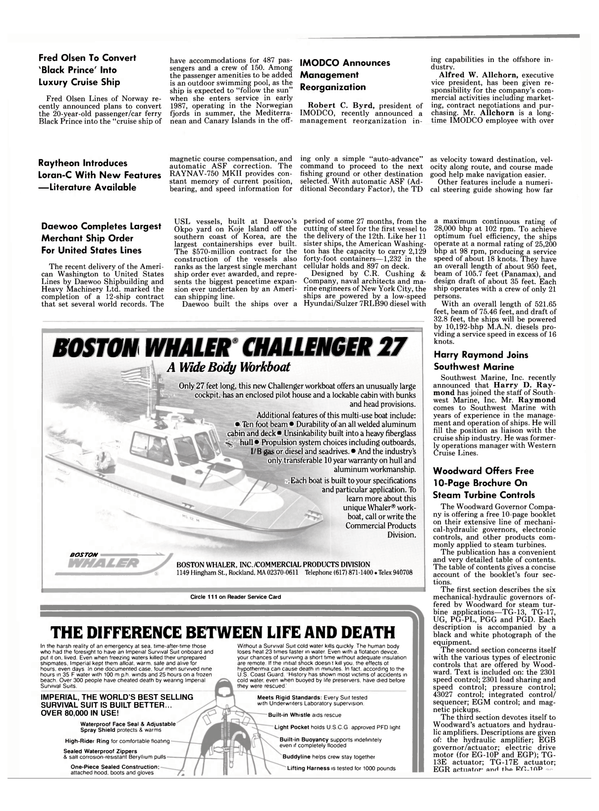