The most valuable of the contracts, worth Can.$13 million ($9.5 million), is to carry out the ninemonth refit of the HMCS Preserver, a Canadian naval tanker/supply ship. The job entails the general overhaul of the vessel, docking, painting and the overhaul of the main auxiliary machinery and miscellaneous equipment.

The second contract, worth Can.$7.5 million ($5.5 million), is to carry out similar refit work to the HMCS Saguenay, a Canadian Navy destroyer. The vessel is already at the Montreal yard and the contract will last approximately six months.

For further information and free literature on the Versatile Corporation, Circle 69 on Reader Service Card 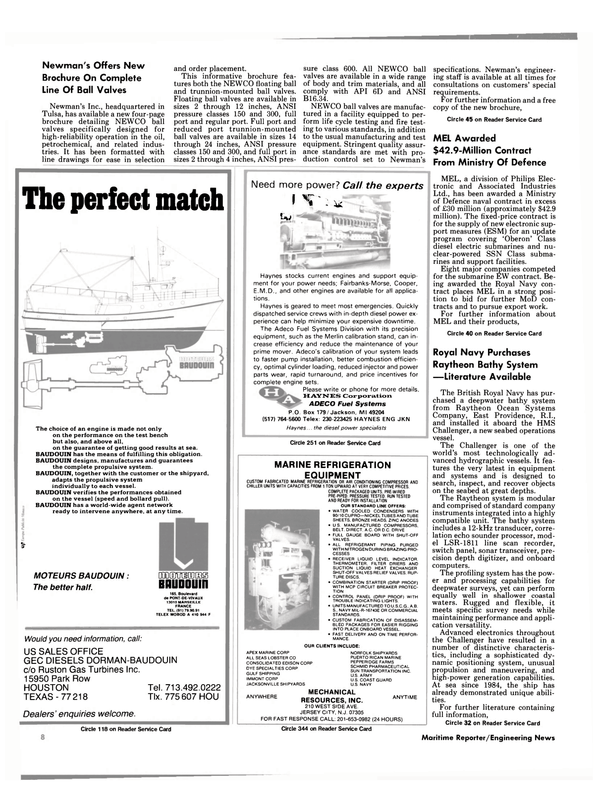