The major users of the new service are Sea- Land Services, Incorporated and American President Lines.

Foss completed several voyages of the new feeder service, for APL and Sea-Land, docking and directly unloading the containers at their individual terminals in Seattle and Tacoma.

In addition to cost savings enjoyed by the shipping lines, there is the added benefit of being able to offer a direct-call type of service to Canadian shippers without having the time and expense of diverting a vessel into New Westminster or Vancouver, plus the simplification of receiving and distributing cargoes in and out of the terminal via barge, rather than individual trucks and also, reduced paperwork.

For more information about the new Foss service, Circle 52 on Reader Service Card 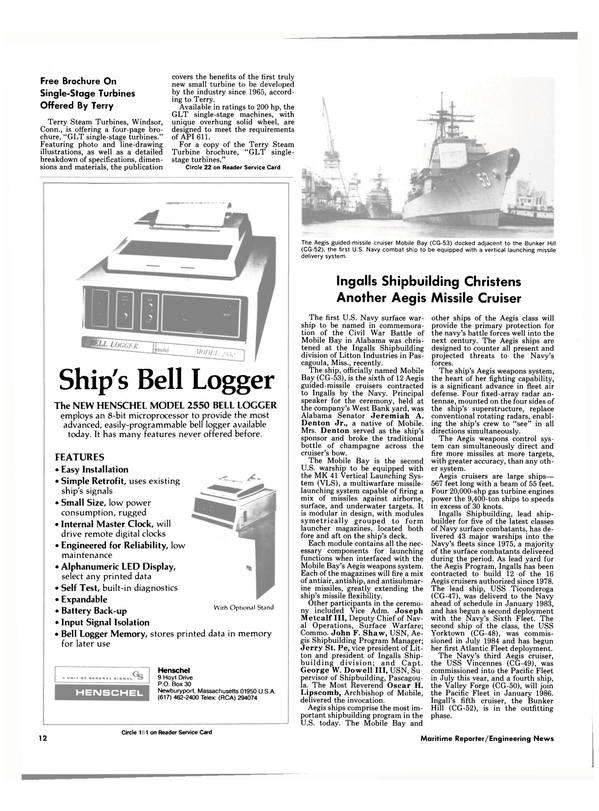