The construction is expected to be completed in May 1986.

The "Ultra Yatzy" will have a maximum deck load capacity of 4,500 tons and a maximum drilling depth of 2,300 feet. It will be able to operate in severe deep-sea conditions.

The semi-submersible offshore rig is larger than the original Yatzytype, for which NKK concluded a technical license agreement in 1983 with Dyvi Engineering A/S. The new contract is covered by a "spot" license.

The rig, which will be operated in the North Sea, will be owned by an international consortium formed by the Dyvi Group and several other firms with actual operation managed by Dyvi Offshore A/S. 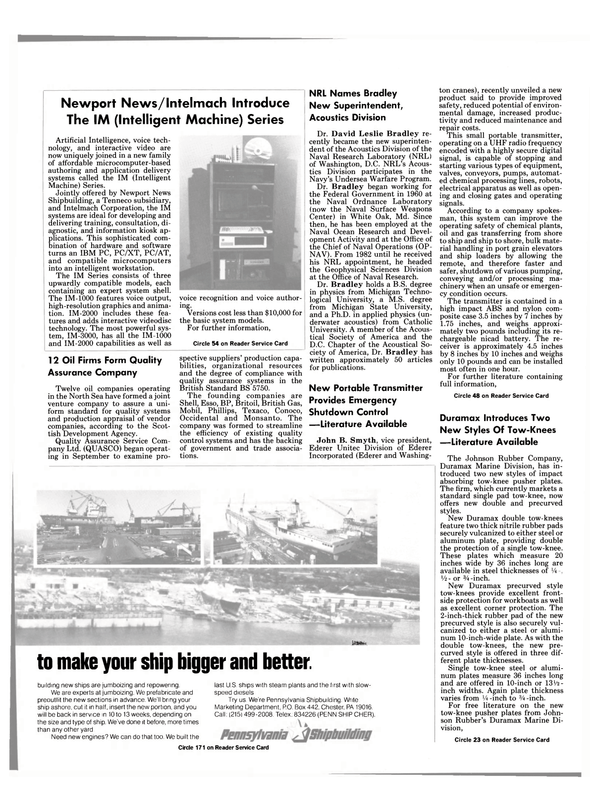