Eleven business and military men who are U.S. Merchant Marine Academy graduates were honored f o r their professional achievements by the Kings Point Alumni Association at a dinner on October 6, at the Academy's Officers' Club.

Six other alumni were cited for their service to the Alumni Association.

Heading the awards list as Alumnus of the Year was Capt.

Warren G. Leback of Houston, Texas, class of 1944. Mr. Leback is vice president of El Paso Liquefied Natural Gas Company, and served as president of the Kings Point Alumni Association from 1974 to 1977. 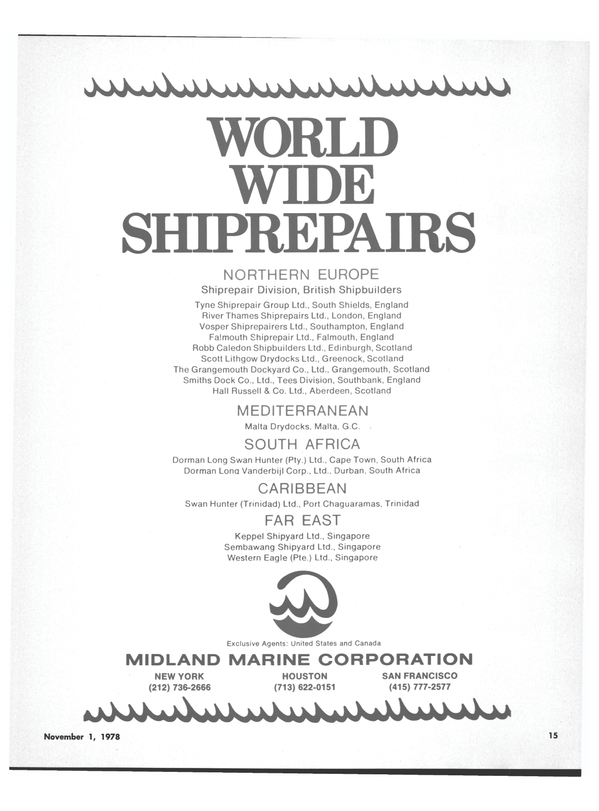