Sealed proposals for construction of a 320-foot ferry will be received by the Delaware River and Bay Authority during normal business hours at the Director's Office in the Administration Building, Delaware Memorial Bridge, New Castle, Del., until 10:30 a.m., E.S.T., December 13, 1978, at which time and place said proposals will be publicly opened and read.

The work included in this contract consists of the construction of one ferry vessel, complete with machinery, equipment and outfit, ready to operate. The ship will have the following particulars: length overall, 320'-0" ± ; breadth over main deck, 68'-0" ± ; depth, molded amidship, 17'-0" ± ; displacement (approximate), 2,100 tons ± ; main engines, two 2,000- hp diesels.

The vessel is single deck, with superstructure, steel, twin-screw passenger/vehicle ferry for operation between Cape May, New Jersey and Lewes, Del., across Delaware Bay. The hull is divided by watertight bulkheads and contains void tanks, machinery space, fuel and water tanks and steering gear compartment. The watertight main deck is unenclosed forward and aft and is covered by the superstructure in the midportion.

Vehicles are carried on the main deck and passengers in the cabin and weather decks of the superstructure. A crew's lounge and a boat deck cabin are located above the cabins. The pilothouse is on the bridge deck.

All work under this contract shall be completed on or before the dates given by the contractor in his proposal, and agreed upon by the director.

Monthly payments will be made in accordance with the specifications, based on work completed each month.

The contract will be awarded or all bids rejected within 60 days from the date of opening proposals.

The Authority reserves the right to award a contract to one shipbuilder or to reject any or all bids.

Prospective bidders may obtain contract documents from the Authority's office at the Administration Building, Delaware Memorial Bridge, New Castle, Del., on or after November 1, 1978. Contract documents are available at a cost of $250 per copy. Checks shall be made payable to the Delaware River and Bay Authority.

Contract documents need not be returned and no refunds will be made.

Contract documents are not transferable to other parties for bidding purposes. 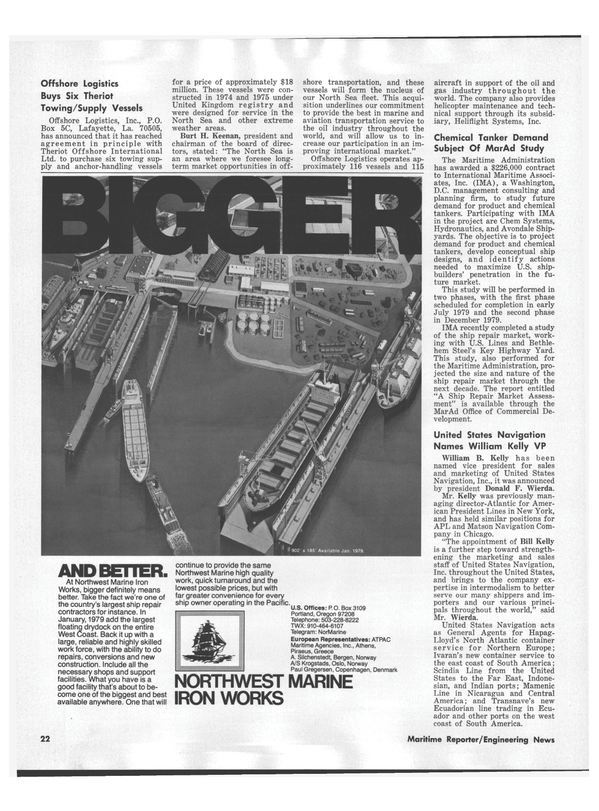