Morris G u r a l n i c k Associates, Inc., largest firm of naval architects and marine engineers on the West Coast, has moved its San Francisco, Calif., headquarters to an architecturally historic building at 620 Folsom Street. The move, on October 15, 1978, was necessitated by recent expansion of the firm's involvement in the nation's marine design, engineering and ocean research fields and the resultant need for greatly enlarged facilities. The new location will provide more than double the amount of space now available to the Guralnick executive, administrative and technical staffs in the firm's former headquarters at 550 Kearny Street.

The building at 620 Folsom Street was originally built at the turn of the century. Due to its a r c h i t e c t u r a l c h a r a c t e r and strength of construction, it is one of the first to be restored under the Yerba Buena restoration project that will eventually transform the South of Market Street area into a modern section of business, residential and recreational facilities.

The structure, which features a red brick exterior and columnar construction throughout, served for nearly 70 years as the Boldeman Chocolate Factory.

The Guralnick organization will occupy the entire top floor of the three-story building.

Morris G u r a l n i c k Associates, Inc., now in its 32nd year of operation in San Francisco, is presently engaged in several important marine design and research projects for the maritime industry and the U.S. Government. 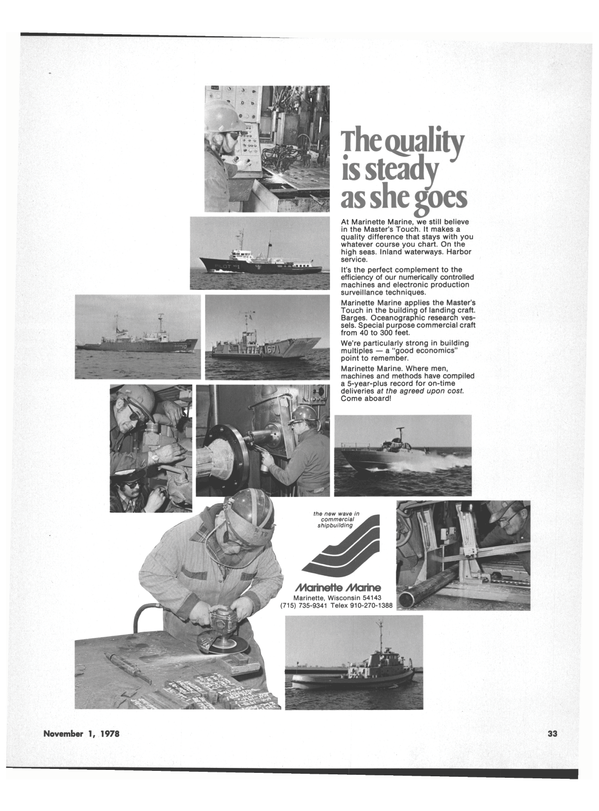