Nemirow has approved an amendment to a Title XI guarantee to aid in financing the construction of two posted drilling barges. The amendment to the agreement with Inland Wells Service, Inc., 1930 South State Street, Abbeville, La., extends the economic life of each of the vessels to 25 years, and reflects an increase in their actual costs.

lion. Due to cost increases, the figures have been revised to approximately $5.1 million for one rig, and $5.4 million for the other.

Originally, the economic life of each of these vessels was set at 20 years. However, Inland reserved the right to appeal this decision, because they believed they could marshal evidence showing that the vessels would be capable of achieving a longer economic life. After subsequent meetings between Inland and the Maritime Administration, the change was approved.

The barges will be used in shallow inland water areas in the exploratory drilling or workover markets. 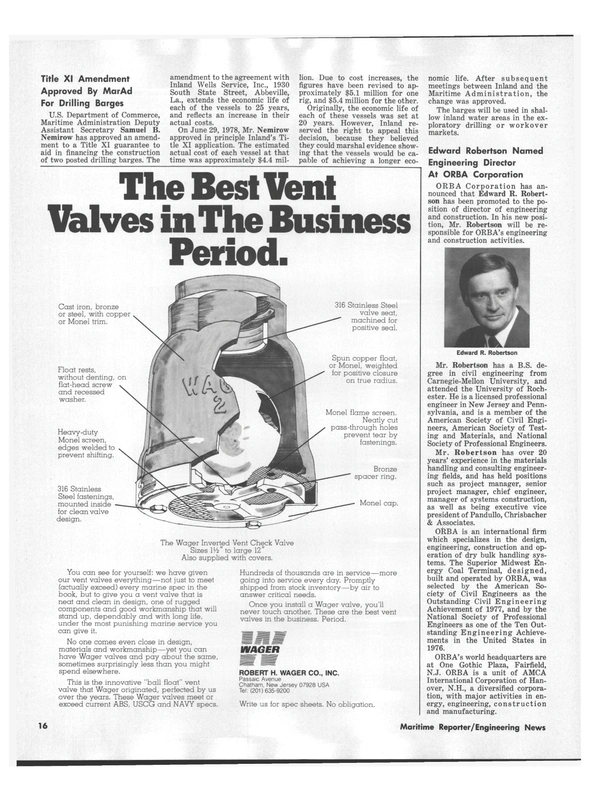