C.E. Lee has been appointed president of Waukesha Engine Division, Dresser Industries, Inc., Waukesha, Wis. 53187, it has been announced by J.V. James, president of the Dallas, Texas-based parent company.

Prior to his appointment, Mr.

He left the organization in 1972 and returned to the division in October 1974 in the same capacity.

Prior to joining Waukesha Engine, Mr. Lee had worked for White Engines, Inc., and Chrysler Corporation in various manufacturing positions.

He received his formal education in England, where he earned a mechanical engineering degree from North Gloucestershire Polytechnic Institute. He is a native of London. 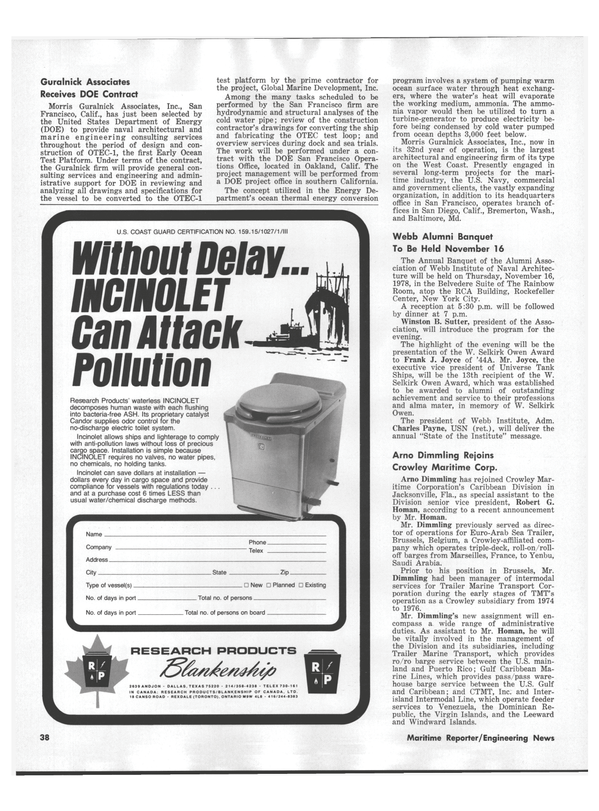