Ralph R. Bailey, chairman of the board of Bailey Refrigeration Co., Inc., Brooklyn, N.Y., has announced the appointment of Sigurd Nilsen as president of that company and their affiliated companies.

Mr. Nilsen has been associated with the marine industry since his discharge from active duty with the U.S. Navy in 1945.

In 1951, he joined the Bailey organization and has served in sales and executive capacities for all of the companies of the Bailey Group. Prior to his newly acquired post, he has been executive vice president since 1972.

Bailey Distributors, Inc. maintains a vast inventory of replacement parts and complete units to insure almost immediate delivery from their branch warehouses on the East and Gulf Coasts.

Bailey Carpenter & Insulation Co., Inc. handles the insulation of compartments for refrigerated cargoes and stores and the modernization of interiors, as well as voyage repairs to speed turnarounds.

Bailey Joiner Co., Inc. offers a complete line of marine furniture and can deliver individual replacements for a small vessel or outfit an entire cruise ship. 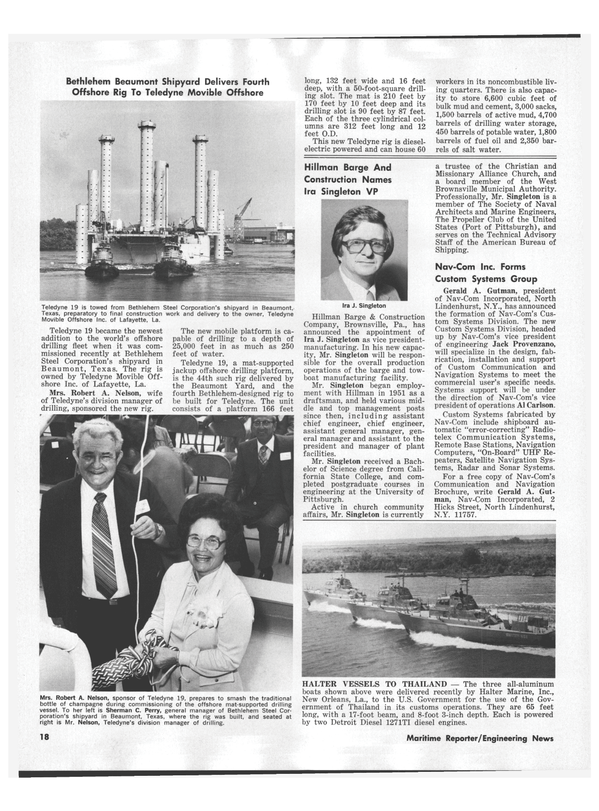