American Atlantic Shipping, Inc., One World Trade Center, Suite 1035, New York, N.Y. 10048, a subsidiary of American Marine Industries, Inc., launched the first in a series of three multipurpose breakbulk / reefer / container ships on October 14, 1978. Named the M/V America, it is the first ship of American Atlantic Lines which will operate a fleet of Americanflag vessels in the United States to the Caribbean, Central American and South American trades.

The 2,000-dwt A m e r i c a - c l a s s vessels are the most technologically advanced vessels of their size in the U.S.-flag liner fleet.

Their design and size make them ideally suited for calls at shallowdraft ports with limited facilities.

Fully automated, built for fast turnarounds with a high degree of cargo flexibility, the Americaclass vessels can meet the needs of a wide spectrum of shippers in the trade. The vessels have high productivity cargo gear for breakbulk and heavy lift operations, and lift-on/lift-off capability for both 20-foot and 40-foot containers.

Refrigerated cargo can be accommodated in both the ship's substantial reefer spaces and in refrigerated containers.

In his principal address at the launching, Congressman Murphy lauded the significant initiative and commitment made by American Marine Industries to the American merchant marine.

Ronald C. Rasmus, president and chief executive officer of American Atlantic Lines, said that the M/V America is a tangible symbol of our belief that American-flag liner vessels can compete in the smaller ship market in the United States foreign commerce.

When delivered in mid-1979, the three America-class vessels will be home-ported in New York and will be represented by Chester, Blackburn & Roder, Inc. as general agents. 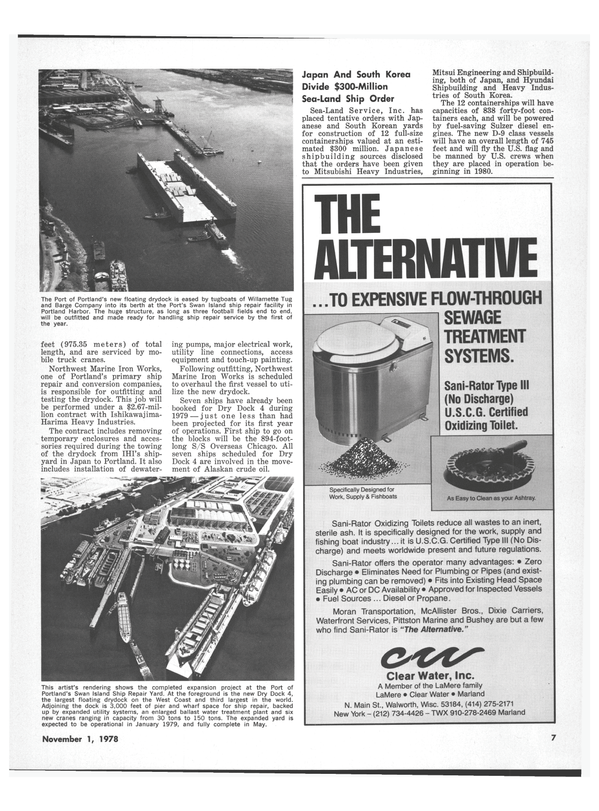