Irish Citizens To Train At Deepsea Diving School In U.S.

The Irish Government has joined the growing list of foreign nations providing sponsorship of citizens in commercial deepsea diving training, it was announced by Jim Joiner, executive director of the Commercial Diving Center at 272 South Fries Avenue, Wilmington, Calif. 90744.

Mr. Joiner said: "Under the plan, Irish citizens will be sponsored by the Irish Government for up to 80 percent of the entire training costs while attending CDC." The first "fine broth of a lad" coming to CDC under the program is Brian Barry, from Carrigrohane, County Cork, Ireland.

Strife-torn Ireland is seeking ways of solving the low income of its citizens which has been the historical core problem, causing years of political unrest and migration of citizens.

The great Potato Famine at the turn of the century occasioned the mass exodus of Irish citizens to emigrate to the United States in search of jobs. Now, the "black gold" of petroleum and natural gas at the bottom of the ocean may cause a migration to come to the U.S. to learn how to harvest the treasures locked beneath Ireland's offshore coastal areas.

Other nations assisting citizens to attend CDC include Canada, with its Canada Student Loans Plan; Australia, with its Winston Churchill Memorial Trust Scholarships; Israel, with direct government sponsorship; Norway, sponsorships from the Norwegian Petroleum Directorate; and Singapore, Japan, and India.

The school's parent corporation, Oceaneering International, Inc., utilizes the school's advanced graduates in its own training for JIM operators. JIM is a one atmosphere armored suit rated by Lloyd's of London for 1,500-foot dives.

The school offers an Emergency Medical Technician/Diver Course in co-sponsorship with the University of Southern California Medical School. The medic course was started in 1974, and provided the blueprint for courses designed subsequently by the Federal Government. CDC's course is the only medic course endorsed by the Undersea Medical Society.

"The increasing number of British, Australian, and New Zealand students signify that the costs for attending CDC, including the extra expense of traveling to the U.S., is actually less expensive than available training in their homeland," said Mr. Joiner.

"Added to these points is that more and more foreign students select CDC because its training has been time and payroll-tested.

Most foreign schools are years behind U.S.

"The international mix of CDC's students provides a melting pot in which U.S. students work side-by-side with foreign students in the comradeship of learning, and all benefit from the homogenized groupings. We welcome the influx of Irish skill and wit to CDC." Mr. Joiner said: "It is significant that foreign governments and individuals will travel such long distances to come to CDC for training. A major reason is that CDC is the only diving school in the world with the advanced training and time-tested curriculum to meet the technological breakthroughs that permit functional dives to great depths that were unheard of a few years ago." CDC was the first school to offer advanced training in bell and saturation deep diving four years ago, and is still the only school using operational deep systems in its training programs. The majority of deep-diving jobs are to be found in the North Sea, Brazil, Australia, and New Zealand. Over 90 percent of the graduates from CDC's 26-week Professional Diver Course, which includes Bell and Saturation, will find their jobs overseas.

British and Norwegian Government regulations require mixed gas and bells for dives in the North Sea in excess of 50 meters, approximately 165 feet. Other nations are establishing similar regulations to increase safety margins. 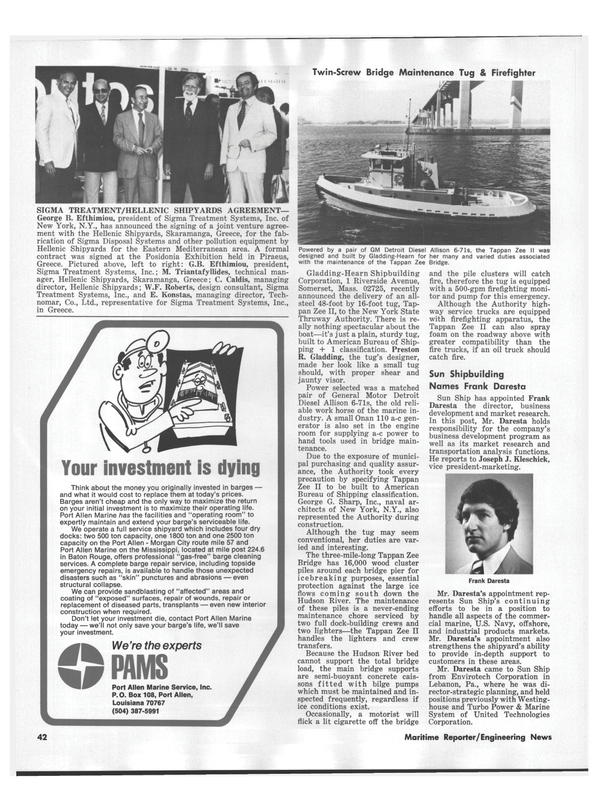