As a result of problems in the main propulsion system during the first seven years of operation of the icebreaking car ferry, Ambrose Shea, H.M. Tiedemann & Company, Inc., 295 Greenwich Avenue, Greenwich, Conn. 06830, was engaged by the Canadian Department of Transport and Canadian National Railways to conduct vibration tests to determine the causes, and to recommend a course of action.

The vessel is twin screw, with dieselelectric drive. The five d-c generators are directly connected to the five main diesels, with no intermediate bearings. Although not a serious problem in the first few years, armature band failures began to occur, and there was evidence that there had been rubbing on the stator poles before failure.

Vibration data taken on the diesel and generator revealed that the relative motions of the two were enough to close the air gap and result in rubbing. The recommendations were to increase the air gap and stiffen the engine foundations. Operation since then has been satisfactory.

One of the factors contributing to the failures was the fact that slightly different propellers had been installed sometime earlier, and increased hull vibration levels had been reported. A complete hull and propeller vibration test and analysis program was conducted, leading to final recommendations as to the design of propeller to be used in the future. This work was done in concert with the well-known Canadian design firm of German & Milne. 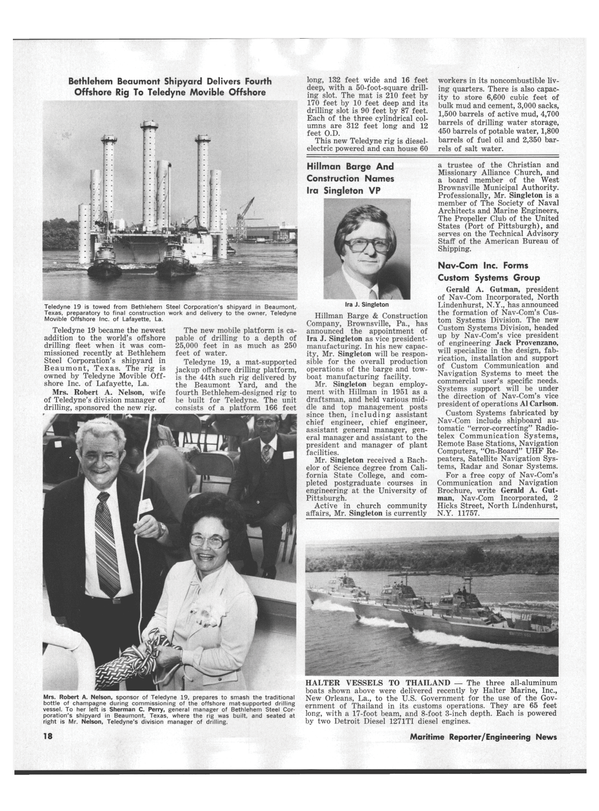