William B. Kelly has been named vice president for sales and marketing of United States Navigation, Inc., it was announced by president Donald F. Wierda.

Mr. Kelly was previously managing director-Atlantic for American President Lines in New York, and has held similar positions for APL and Matson Navigation Company in Chicago.

"The appointment of Bill Kelly is a further step toward strengthening the marketing and sales staff of United States Navigation, Inc. throughout the United States, and brings to the company expertise in intermodalism to better serve our many shippers and importers and our various principals throughout the world," said Mr. Wierda. 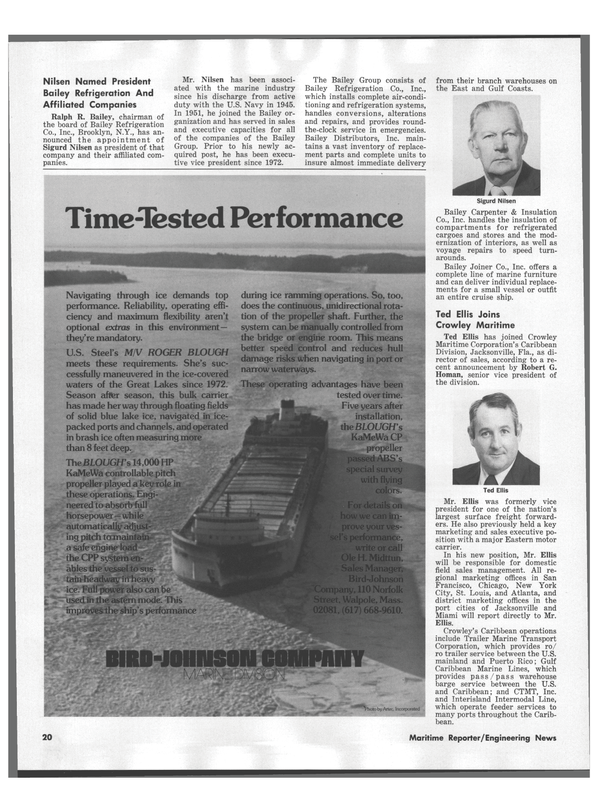