Tracor, Inc., of Austin, Texas, announced recently that its Applied Sciences Group has received an initial $4.6-million contract with a potential value in excess of $9.9-million over the next two years from the Naval Sea Systems Command. The contract is for continued engineering and technical support for the Navy's strategic and attack submarine fleet.

William C. Moyer, group vice president for Tracor Applied Sciences, said Tracor's effort is directed at providing the engineering disciplines and technology necessary for the development and implementation of dedicated maintenance and modernization programs to support the submarine Extended Operating Cycle (EOC) concept. The submarine EOC program extends the interval between submarine overhauls to achieve a higher, stabilized level of deployed submarines and maintains a high state of readiness.

According to Mr. Moyer, Tracor has been providing engineering and technical support to the submarine EOC program since its inception in 1974. 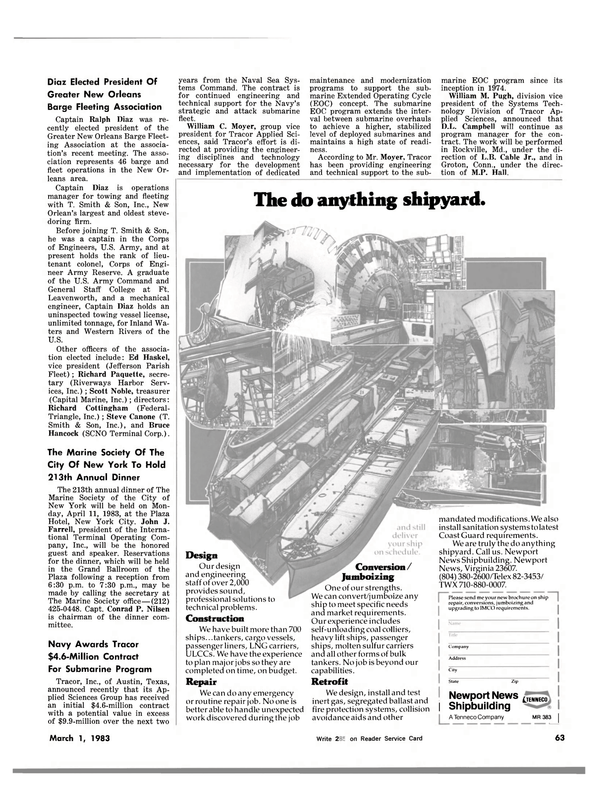