Selesmar Of Italy Increases Capital Through Agreement With INI

Selesmar of Florence, Italy has announced the signing of an agreement with INI of Spain, in which INI has acquired 20 percent of the share capital of Selesmar. A leading manufacturer of marine radars and ARPA anti-collision systems, Selesmar had previously been fully controlled by S.M.A. With the agreement the share capital of Selesmar has been increased from 2 billion lire to 2.5 billion lire. This is the second increase of capital since Selesmar was formed in August of 1980 and is indicative of the rapid and constant growth experienced by this firm since its inception.

Participation on the part of the new Spanish stockholder is considered particularly important because of a technical and commercial agreement with the leading Spanish electronics equipment manufacturer EISA which is controlled by INI.

Selesmar reports its products have gained excellent acceptance through 1982 in the international marine market, and that sales had exceeded anticipated levels for the year. 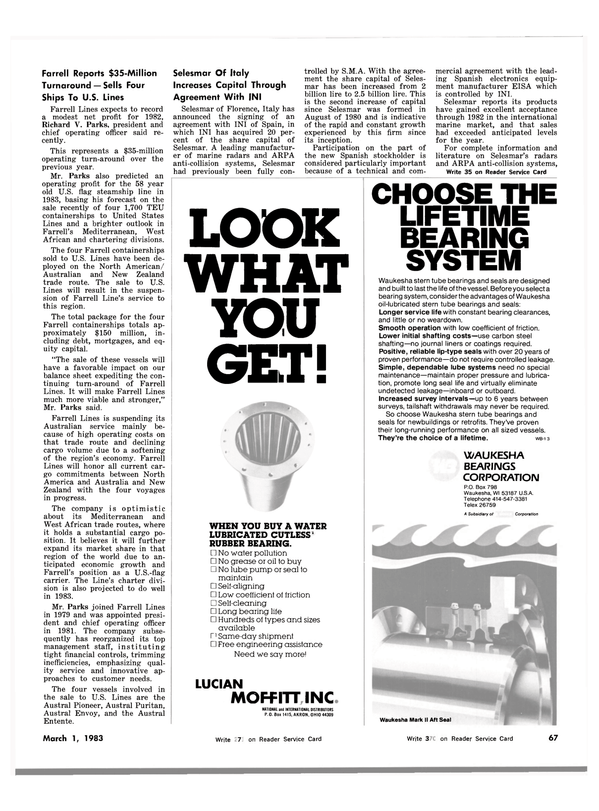 Read Selesmar Of Italy Increases Capital Through Agreement With INI in Pdf, Flash or Html5 edition of March 1983 Maritime Reporter