(D&P), a firm of naval architects and marine engineers with headquarters in Washington, D.C., and offices in Philadelphia and San Diego. Ferd Serim, president of the company, announced the appointments.

Mr. Rivera will serve as director of electrical engineering. He will be responsible for the coordination and management of design projects, feasibility and evaluative studies, technical documentation, and all support work in electrical systems for Navy and commercial ships.

Mr. Rivera was p r e v i o u s ly head, submarine branch, submarine and systems analysis division, NAVSEA, where he was responsible for supervising all electrical life cycle engineering for submarines. This included all phases of design, construction, and maintenance of submarine electrical systems.

Mr. Willis has been appointed assistant director of marine engineering at D&P. He will be responsible for technical management and design integration, involving p r o p u l s i o n , auxiliary, fluid, and deck systems. Mr.

Mr. Willis has been employed for the past 16 years as a marine engineer with the Naval Sea Systems Command and its predecessor organizations. His most recent assignment was as section head of the machinery systems in the systems engineering division of the Ship Design Directorate. 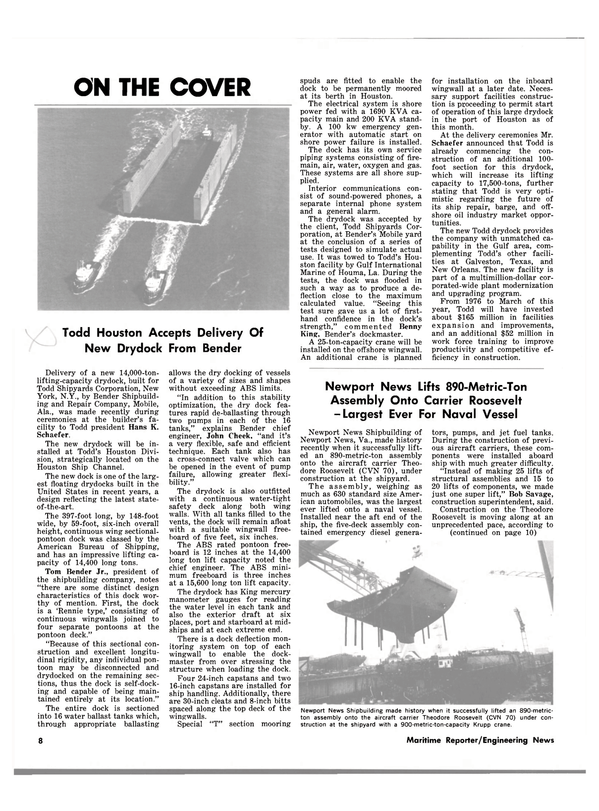