Major problems of accelerated fouling in cooling and sea water service systems on cruise ships traveling from cold to temperate waters, have been solved by the Norwegian Royal Viking Line, with the installation of a new type of electrolytic anti-fouling and corrosion system. A brochure is available describing the process and recent applications.

The system, manufactured by Cathodic & Electrolytic Engineers Limited of Chesterfield, U.K., and marketed in the U.S.

by A.M.T. Inc. of Miami, Fla., was first installed on the "Royal Viking Sea," a 21,000-grt vessel operating between San Francisco and Alaska. Normal fouling problems created by the growth of b i o - f o u l i n g in pipework, condensers, and sea water service equipment, were rapidly accelerated by the excessive changes in temperature from cold Alaskan to the temperate waters of the U.S. Pacific Coast.

Trials carried out on the Royal Viking Sea since the electrolytic system was first installed at the end of 1981 have proved a complete success according to the manufacturer, with all traces of fouling eliminated. The process, known as C-2000, has been fitted on a second ship, the Royal Viking Sky, during the vessel's recent extension and re-fit in a West German shipyard.

For a free copy of the brochure, Write 23 on Reader Service Card 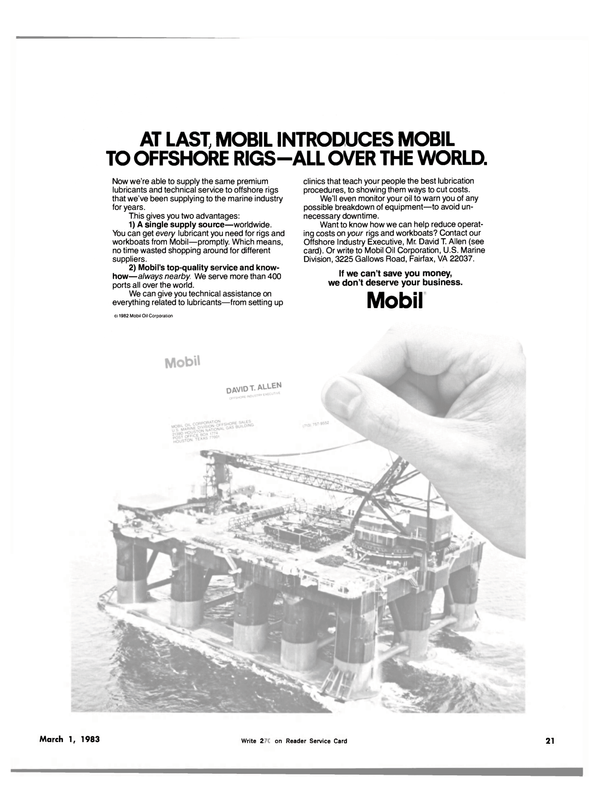