He will report to Richard J. Boyle, vice president and group executive for the Defense and Marine Systems Group. Mr. Holman succeeds Michael R. Bonsignore who has been promoted to president of Honeywell's foreign subsidiary, Honeywell Europe S.A.

Mr. Holman will be responsible f o r MSD's two major business areas: naval acoustic equipment and offshore operations. He will direct the division's 1,500 employees in the design, development, and production of electronic systems for the offshore oil industry and military.

Since joining Honeywell in 1960, Mr. Holman has held several management positions. For the past two years he was director of operations at Marine Systems Operations and prior to that he was manager of operations for the Defense Electronics Division. 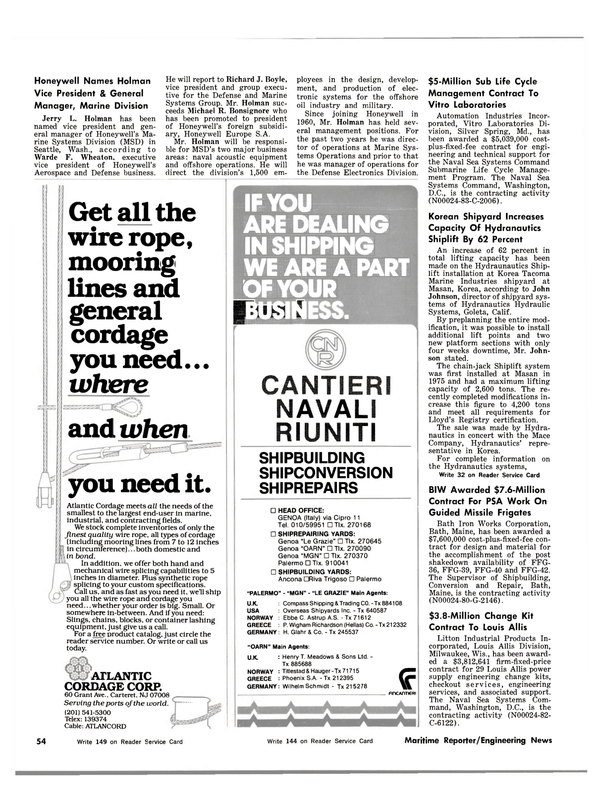