The Barco Corporation recently celebrated its third anniversary by moving into a new facility located in a new industrial park adjacent to the International Airport in Tampa, Fla.

Barco Corporation pioneered a new elastomer flexible impeller used in cooling pumps in marine engines as well as auxiliary pumps used on commercial and pleasure craft. Production has grown from 8 impellers per day in the beginning to over 150 per day in 11 different models.

The development of the impeller was done with the ultimate goal of providing the marine industry with an impeller that would have a dry-running capability of from 10 to 20 minutes without destroying the impeller.

The second goal was to have a compound that would not swell nor deteriorate when subjected to petroleum products such as diesel fuel, lube oil, or gasoline.

The Barco impeller is capable of doing both.

They operate successfully in temperatures that exceed the capabilities of rubber, nitrile, or neoprene impellers ranging from — 35°F to 350°F.

A brochure is available describing the impellers.

For a free copy, Write 24 on Reader Service Card 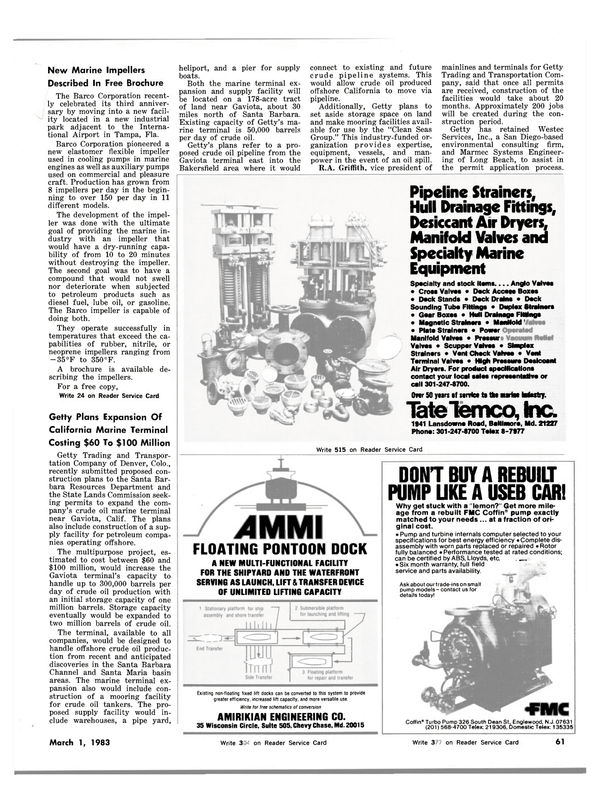