Capt. Charles M. Lynch, president of Arco Marine, Inc. in Los Angeles, Calif., recently was elected chairman of the board of directors of the American Institute of Merchant Shipping (AIMS) for 1983. He succeeds J.J. Ervin, president of Trinidad Corporation, Philadelphia, Pa., following the association's annual meeting held in Washington, D.C.

Captain Lynch has been with Arco Marine since 1946 and was named president of the company in 1980. He assumes the leadership of a national association which represents American-flag ships and operators. AIMS' 29 member companies own or operate almost 12-million dwt of U.S.- flag tankers and dry bulk vessels in U.S. domestic and foreign commerce.

AIMS officers re-elected by the board for the coming year are Rear Adm. W.M. Benkert, USCG (ret.), president, and Ernest J.

AIMS has completed its 14th year of service to the U.S.-flag merchant marine.

AIMS members expressed particular concern about the possible lifting of oil export controls— the exportation of Alaskan oil —and a Department of Transportation notice of proposed rulemaking which would permit the total repayment of CDS and permanent vessel entry into the domestic trades. 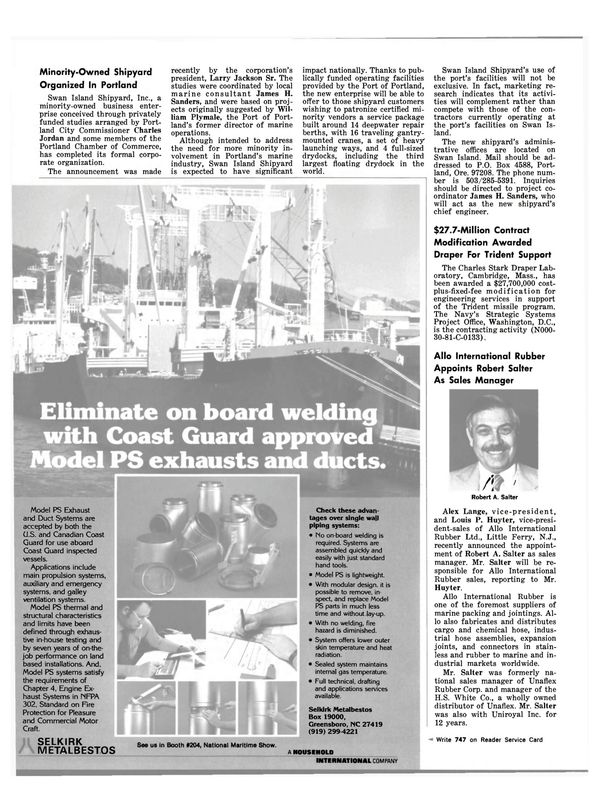