The Philadelphia area based firm of Scientific Management Associates, Inc. (SMA) was acquired recently by two Washington, D.C., businessmen, George W. Glatis and Louis T. Donatelli, who plan to move the headquarters to the Washington metropolitan area. Mr. Glatis is the former chairman of the board of Wheeler Industries, Inc. Mr.

Donatelli has an extensive background in investment banking and real estate investment.

SMA is a multibillion-dollar international engineering corporation with offices in Washington, D.C., New Jersey, Maryland, and Virginia, and a subsidiary in Australia.

SMA was founded in 1964 to provide naval engineering, marine system design and project support services to governments and industries throughout the free world.

Under the new management, Mr. Glatis has assumed the position of president and chief executive officer. Mr. Donatelli has been elected chairman of the board with additional responsibilities as vice president of corporate development. Other officers appointed under the new corporate structure are former SMA executives and include: Thomas L. Bowe, senior vp/' international operations with responsibility for corporate activities in Australia; Richard C. 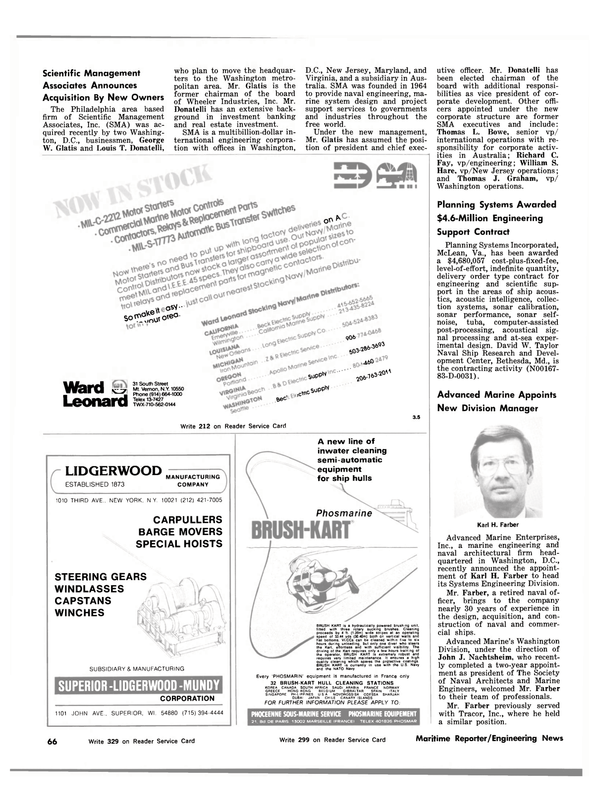