Each system includes a transceiver, control, handset, and antenna. The order also calls for 25 transceiver units.

In addition, the basic ordering agreement includes 424 modules, 159 control panels, and 500 miscellaneous spares, such as cables and loudspeakers, all of which correspond to approximately 55 transceivers. Delivery of equipment is scheduled from April to December 1983.

The U.S. Navy has a potential requirement for approximately 350 units over the next three years. Possible market for the MR-201, an international version of the radio, is estimated at several million dollars annuallv. 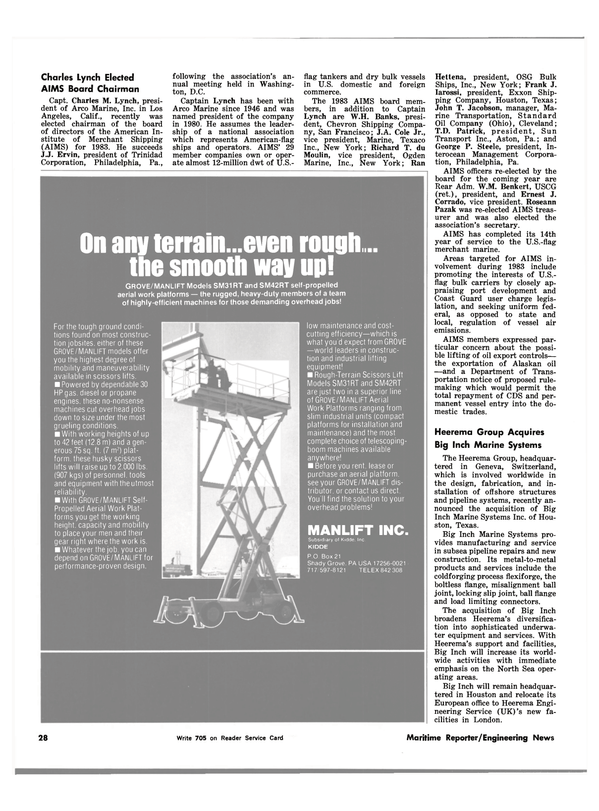