Mr. Taylor has been in charge of sales and service in the Atlantic Coast area, Bermuda, Bahamas, and the Caribbean Islands since 1954. He had worked for International Nickel Company's Marine Corrosion Testing Laboratory before joining Tide- land, and served as a deck officer with the U.S. Atlantic and Pacific fleets. He is a captain in the U.S. Naval Reserve.

Mr. Stenzel has been in charge of Tideland's operation in South East Asia and Australia since 1977. He is a board member and a founding director of Tideland Energy Pty. Ltd., Sydney, Australia, which began producing solar modules in 1979.

He served with the U.S. Coast Guard and was graduated from Officers Candidate School in 1956. He was selected for aviation training and later flew in support of USCG operations in Europe, Alaska, and the western Pacific. Before joining Tideland, he was assigned to the staff of Commander, Eighth Coast Guard District, in New Orleans, La. 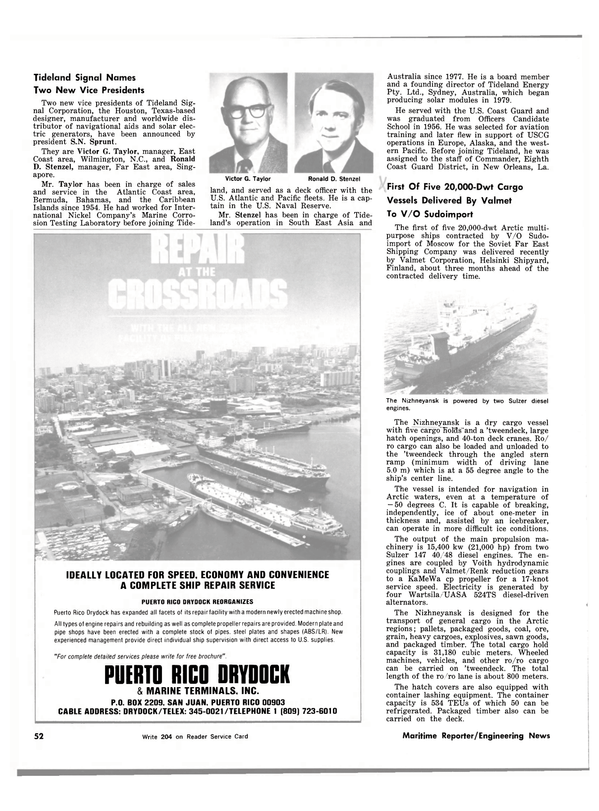