Todd Delivers Frigate Ahead Of Schedule

Guided Missile Frigate USS Lewis B. Puller (FFG-23) was delivered to the Navy recently after completion of its Post Shakedown Availability (PSA) by the Los Angeles Division of Todd Pacific Shipyards Corporation, it was announced recently by Len M. Thorell, vice president and general manager.

Delivery of the Puller on schedule was particularly noteworthy in that the Los Angeles Division was able to absorb a 26 percent increase in work scope identified during the PSA without extending the contract completion date, thereby allowing the ship to meet its schedule commitment as planned. The Puller represents the sixth consecutive frigate PSA to be completed on or ahead of contract schedule and significantly below estimated cost by the Los Angeles Division. 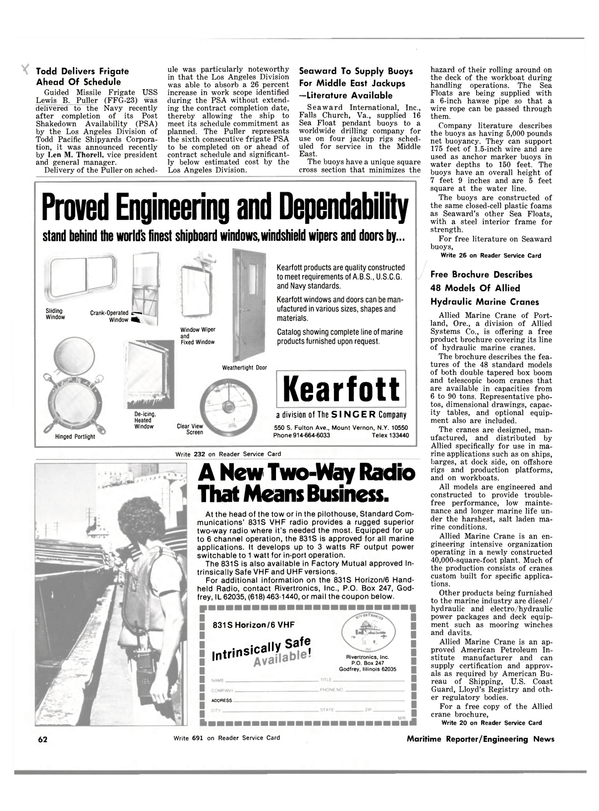