Complete Abrasive Blasting Systems, Inc. (CAB) of Kent, Wash., recently announced that the first portable manual air blast application of a skid-mounted steel grit recovery system f or field use has been delivered and is in service successfully.

The equipment is being used for the blasting and coating of the intake gates and pit areas of the Chief Joseph Dam in Bridgeport, Wash. The work is being performed by Abhe & Svobada of Prior Lake, Minn., under an Army Corps of Engineers contract. The contract has stringent requirements for air pollution control and possible contamination due to surface preparation.

The CAB field system was designed and engineered by the firm at the request of Gale Svobada, company president, not only to fulfill the Corps contract, but also, with minor adjustments, to be suitable for other applications.

The CAB system includes an MSA-6 automatic blast machine with 6 operator outlets and a 25-ton hopper; two 50-hp ARS- 750 vacuum recovery systems; and two Auto Dumps on a special custom-built hopper con- nected to the end of the airlift conveyor/classifier — all skidmounted.

CAB reports that Mr. Svobada anticipates a $75,000 savings by the use of the recoverable steel grit over other nonrecyclable substances and a 50 percent increase in productivity due to lack of dust and improved visibility.

The system also can be mounted on a 40-foot trailer and used dockside for blasting ships' tanks and hulls. CAB developed a weathertight blasting capsule for side-mounting on the hull of a drydocked vessel which permits recovery and recycling of steel abrasives. Either the skid or trailer arrangement can be used for work on the interiors and e x t e r i o r s of large industrial tanks.

For more information on the CAB system, Write 17 on Reader Service Card 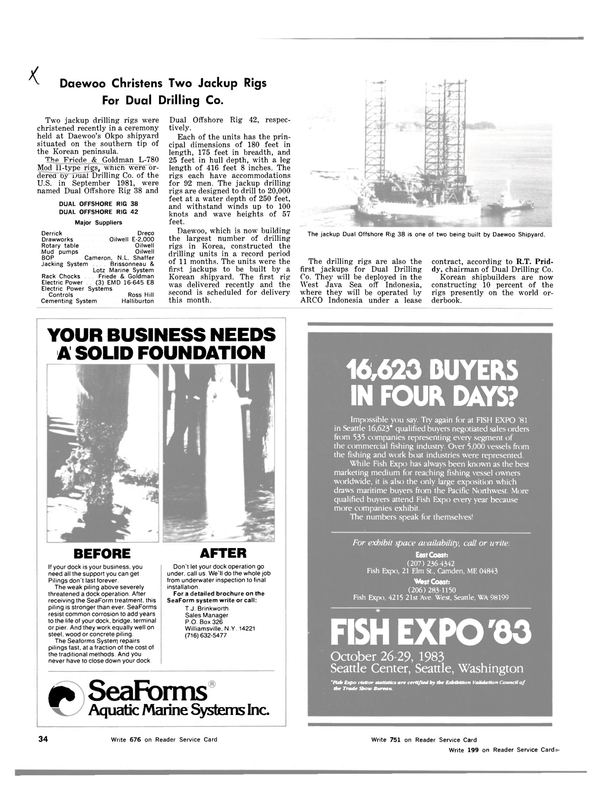