At the corporate level, two new positions, materials manager and information systems manager, have been created.

Jerry Vance, as materials manager, will be responsible for purchasing, inventory control, supply, traffic and production scheduling. In addition, as a member of the executive committee, he will participate in the development and implementation of company policy as it affects his areas as well as related areas.

Mark Therion, manager, information systems, will be responsible for the development and implementation of an expanded electronic data processing system for the company that will effect all areas of sales, production, engineering and finance.

In the Workboat Division, the engineering department has been reorganized to better meet the needs of the fully pre-engineered product line in all sizes and types of vessels produced.

Shellene Perkins has been promoted to engineering manager. A MonArk employee since 1976, she has progressed from a buyer to a marine designer to sales engineering.

Most recently Ms. Perkins headed up the design support group involved in development of bids and quotations for new business.

In her new position, she will be responsible for all engineering and design work in support of product development prior to and during actual production. She will supervise MonArk's internal staff of naval architects, marine designers and draftsmen as well as the outside consultants in design and development work.

Nirmal Iyengar has joined MonArk as a naval architect with responsibility for development of propulsion, electrical, fluid and mechanical systems.

Mr. Iyengar is a graduate of the University of Michigan with a degree in naval architecture. In addition, he has six years' experience as an on-board ship's engineer and has sailed the world's waterways out of England, Hong Kong and Bombay.

In the recreation division, three internal promotions have been announced that will help the division meet its' present accelerated growth activity.

Gene Glund has been promoted to the newly created position of national sales manager, Recreation Division. His responsibilities will include the direct supervision of all field sales people in the U.S.

as well as the internal sales support and service people.

In line with this move, MonArk is doubling its field sales organization to meet the increased market demand created by the expanded '85 product line with boats specifically targeted for all geographical areas of the country.

Redmon O'Neill has been promoted to plant manager, Fiberglass Plant. In this position, he will be responsible for the day-today operation of MonArk's fastest growing facility, the Fiberglass Recreation Plant.

Gary Tucker has been promoted to the production scheduling manager position to replace Redmon O'Neill. 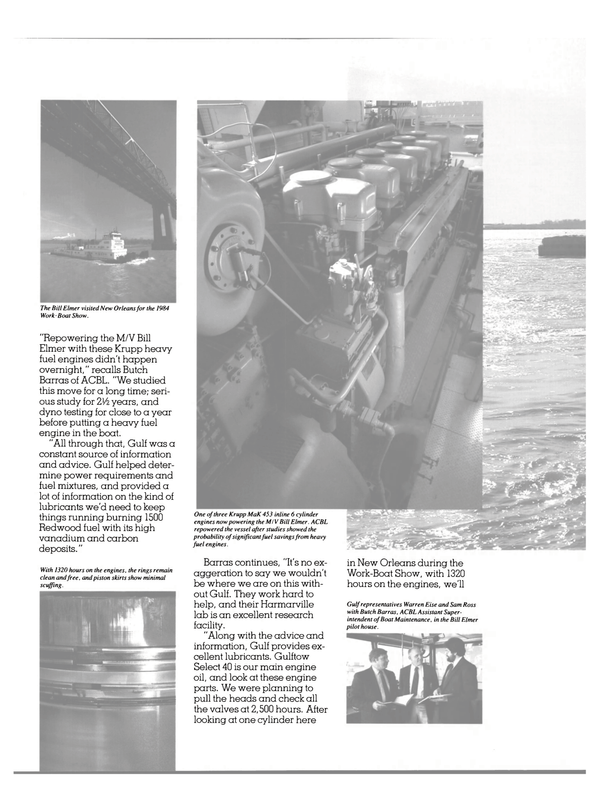