Dillingham Maritime Services, Seattle, Wash., recently delivered all the materials, except for pouredin- place concrete, for seven separate highway bridges at four different construction sites in Anchorage, Alaska. The 6,000 ton cargo was carried from Seattle via water on a tandem tow of two barges, which also included specially- equipped tractors and dollies used to off-load the material in Alaska.

The cargo included 56 concrete beams, each weighing between 63 and 88.5 tons and measuring up to 137 feet 8 inches in length; 12 massive steel truss bands, weighing between 72.5 and 132 tons apiece; 141 tons of steel rebar; three tractors and heavy-lift dollies; miscellaneous building materials and a Manitowoc 4100 crane.

The two Dillingham 286 Class barges, each measuring 286 feet long with a carrying capacity of 7,000 dwt, were towed to Alaska by the 3,000-horsepower oceangoing tug Richard Foss. After arriving in Anchorage, the cargo was transported six miles to its destination by the V. Van Dyke tractors and dollies.

"It was necessary to bring the specially equipped tractor and heavy-lift dollies to Alaska, because they are ideal for transporting the long and heavy beams to the construction site," said Mr.

Eliot. The tow, for the Swalling Construction Co., Inc., of Anchorage, brought materials for the Minnesota Drive Extension project. 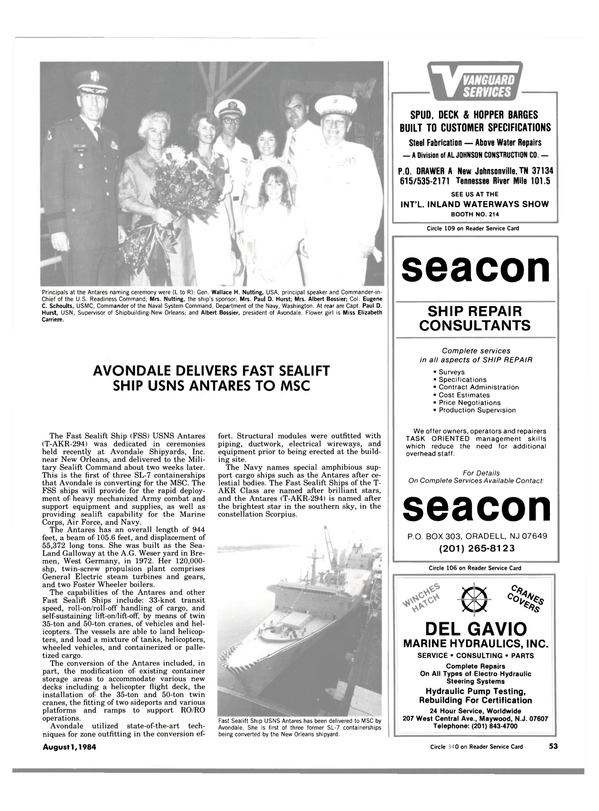