Forty-five barges are being constructed by Nashville Bridge Company (NABRICO), Nashville, Tenn., for the New York City Department of Sanitation.

Seven of the barges—which are being fabricated from heavy thickness plate steel produced by Republic Steel Corporation at their Gadsden, Ala. plant—have been delivered and are in service in New York.

Each barge is 150 feet by 37 feet by 12 feet 9 inches and has a double hull construction with an inner and outer shell. The barges have a rated capacity of 680 tons of garbage each.

"These barges are unique to New York and are being built to exact specifications," according to Allen Zang, president of NABRICO.

Mr. Zang said that 37 different sizes of a special grade steel plate are being used in each barge. In addition, each barge contains approximately 530 tons of steel—80 percent of it being supplied by Republic; about eight miles of welding; and some 1,300 gallons of paint. When empty, each barge weighs approximately 620 tons.

The barges meet the requirements of the American Bureau of Shipping for river and harbor service.

New York officials estimate that by 1986, the Department of Sanitation will be transporting more than 15,000 tons of garbage daily via barge.

NABRICO is a wholly owned subsidiary of The American Ship Building Company, Tampa, Fla. Headquartered in Nashville, the company has been in the marine field for more than 60 years and is primarily concerned with the design, engineering and construction of grain and coal barges, deck barges, liquid tank barges and cement barges for river and ocean service as well as drydocks and towboats. 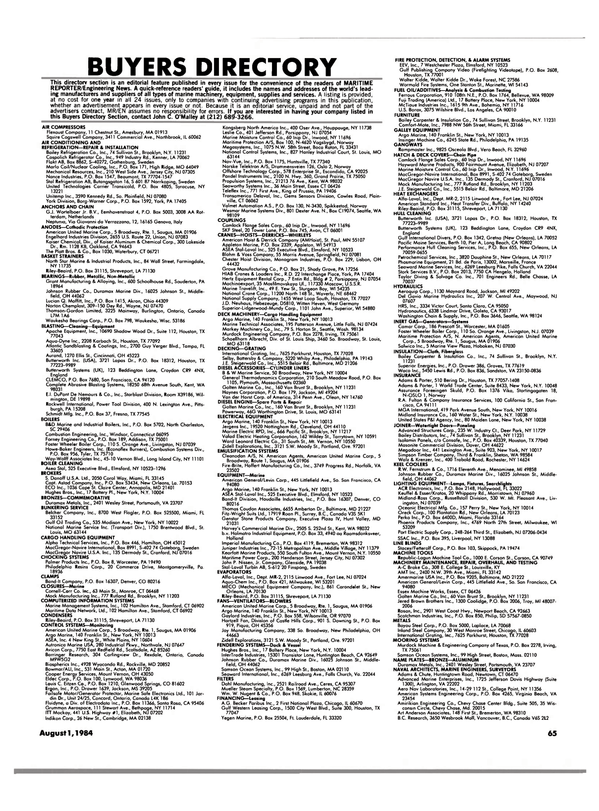