near New Orleans, and delivered to the Military Sealift Command about two weeks later.

This is the first of three SL-7 containerships that Avondale is converting for the MSC. The FSS ships will provide for the rapid deployment of heavy mechanized Army combat and support equipment and supplies, as well as providing sealift capability for the Marine Corps, Air Force, and Navy.

The Antares has an overall length of 944 feet, a beam of 105.6 feet, and displacement of 55,372 long tons. She was built as the Sea- Land Galloway at the A.G. Weser yard in Bremen, West Germany, in 1972. Her 120,000- shp, twin-screw propulsion plant comprises General Electric steam turbines and gears, and two Foster Wheeler boilers.

The capabilities of the Antares and other Fast Sealift Ships include: 33-knot transit speed, roll-on/roll-off handling of cargo, and self-sUstaining lift-on/lift-off, by means of twin 35-ton and 50-ton cranes, of vehicles and helicopters.

The vessels are able to land helicopters, and load a mixture of tanks, helicopters, wheeled vehicles, and containerized or palletized cargo.

The conversion of the Antares included, in part, the modification of existing container storage areas to accommodate various new decks including a helicopter flight deck, the installation of the 35-ton and 50-ton twin cranes, the fitting of two sideports and various platforms and ramps to support RO/RO operations.

Structural modules were outfitted with piping, ductwork, electrical wireways, and equipment prior to being erected at the building site.

The Navy names special amphibious support cargo ships such as the Antares after celestial bodies. The Fast Sealift Ships of the TAKR Class are named after brilliant stars, and the Antares (T-AKR-294) is named after the brightest star in the southern sky, in the constellation Scorpius. 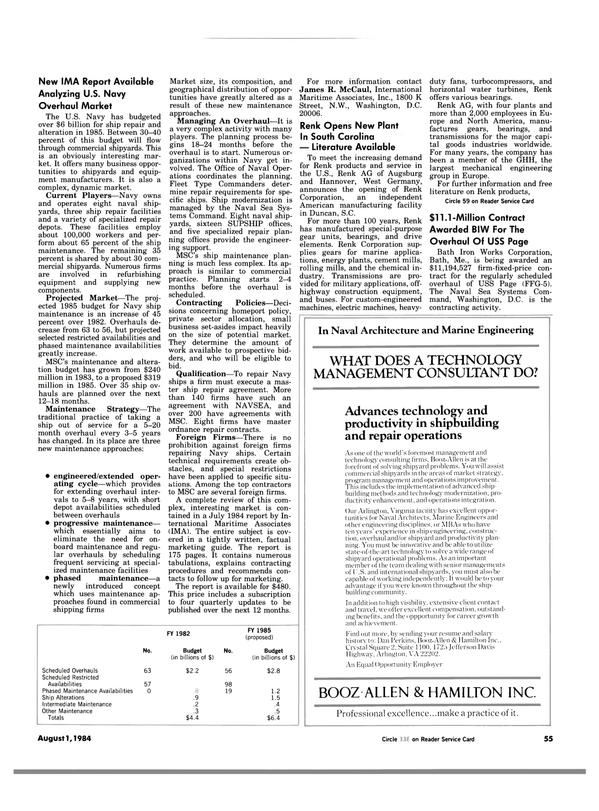