The Rauma-Repola shipyard in Uusikaupunki, Finland, earlier this year handed over to its Soviet trading partner, V/O Sudoimport of Moscow, a type SB 406 oceangoing salvage tug, the 14th oceangoing tug delivered by that yard to the USSR. Construction of the series started in 1976; four 3,500- bhp vessels were completed in 1977-79, and nine in the 1980s.

The new 7,800-bhp SB 406 tug is bigger, more powerful, and more comprehensively equipped than the previous vessels. A second SB 406 is under construction.

The Rauma-Repola yards have designed and built more than 160 tugs, the biggest at the Uusikaupunki Shipyard. That yard built a tug as far back as 1895 for what was then Czarist Russia. Powered by a 30-hp steam engine, that vessel was 72 feet long with a beam of 15.5 feet and draft of 3.5 feet.

She has twin screws and a bow thruster. The strength of her ice reinforcement is shown by the UL1 classification given her by the USSR Register of Shipping, a rating exceeding even the highest Finnish ice class.

The new tug is the product of collaboration in many ways. Design and construction were based on Rauma-Repola's own know-how and on the experience gained in foreign markets. V/O Sudoimport is very strict in insuring that the final product corresponds to the original designs. It also knows exactly what makes a good tug. This presents the builder with the challenge of carrying out the plans scrupulously.

She has ultramodern diving, pumping, and fire-extinguishing equipment needed for rescue and salvage operations. Using the pinpoint accuracy of her four water foam monitors, the SB 406 can take shelter behind her own water screen while putting out fires on other vessels up to 260 feet distant.

One of the monitors is telescopic, and can be raised hydraulically to a height of about 100 feet.

The tug also has equipment for the dry powder extinguishing that has proved most effective for fires aboard tankers.

Using the special equipment on board, salvage diving and technical work can be carried out up to a depth of almost 200 feet. The tug has two diving stations, and both a fixed and a portable decompression chamber.

Towing is one of the SB 406's main operations. She is equipped with two Rauma-Repola winches, one pulling 60 tons and the other 30 tons. The 2.20-inch and 1.57- inch diameter towing cables are 2,460 feet long. The towing hook, designed and developed in collaboration with the supplier, can be remote-released from the tug's stern control room.

There is a fast-acting, 5-ton articulated- boom crane installed on the stern deck; this is used for various hoisting jobs. The crane can withstand rolling caused by even the heaviest swell. It can be used for the lifting operations involved in diving work, and carries a "basket" for lifting up to eight people at a time from the water.

For further information and free literature on Rauma-Repola, Circle 10 on Reader Service Card 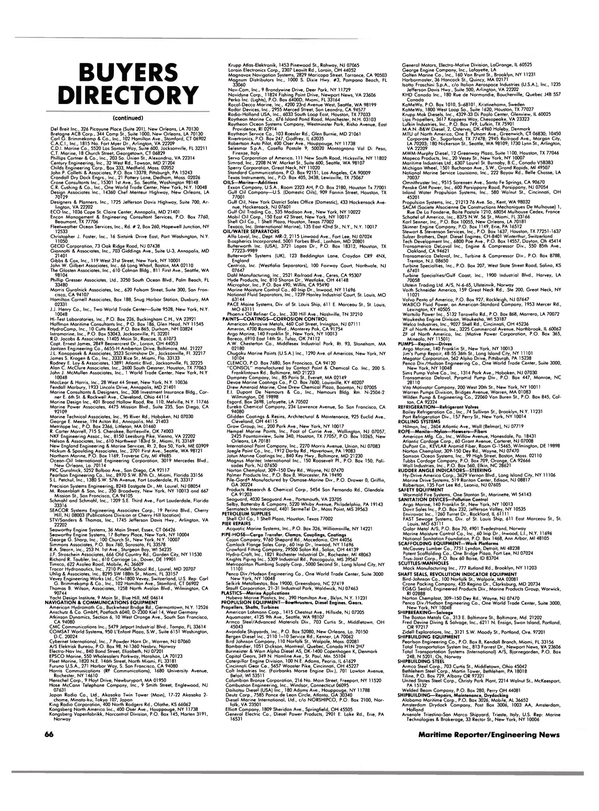