The Bowditch system can be interfaced with most commercial radio navigation receivers, including Loran C, Satnav, Decca and Omega using a standard RS-232 cable. An internal high resolution Loran C receiver is available as an option.

The MK-II's unique chart display derives from a projection of an actual nautical chart, photographically reproduced in the form of a convenient Microchart. The charts are available for any Mercator charts in the DMA and NOAA inventories.

In addition to presenting a visual display of position, the MK-II Microchart greatly simplifies entry and retrieval of vital navigation information. Waypoints, hazard points and other 'event marks' can be entered quickly and easily by positioning the cursor over any point on the chart.

A two-line LED readout gives the operator instant access to data such as present position, course and speed made good, course-tosteer and distance to waypoint, time to turn, cross track error, set and drift, Loran signal geometry and other information. All operating and initialization procedures are automatically prompted with a series of simple "yes-or-no" questions on the LED readout with "cueing" lights on the keys.

For further information on the MK-II, Circle 55 on Reader Service Card 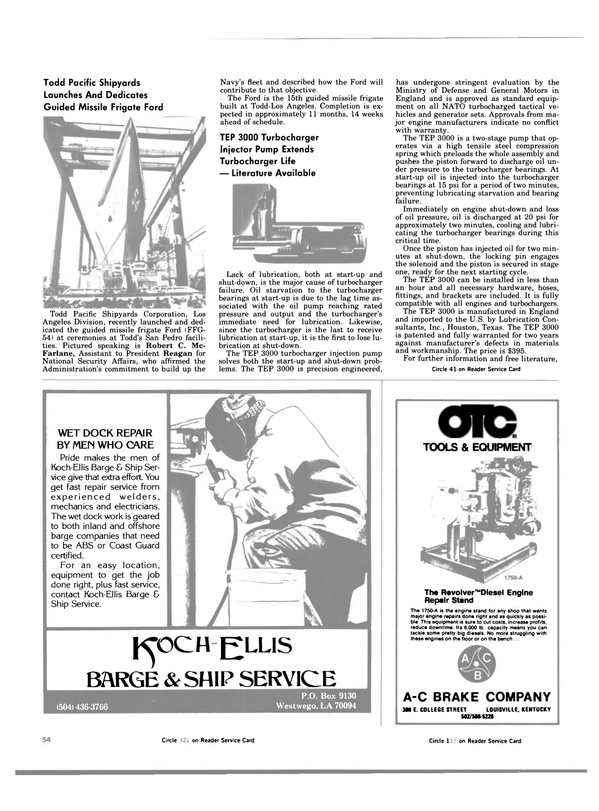