Global Marine Development Inc.'s new concept in Arctic drilling is a self-contained mobile drilling island that will be positioned on the floor of Alaska's Beaufort Sea. Its main dimensions are length 312 feet, breadth 294 feet, and height 100 feet. The draft is 36 feet.

The CIDS consists of a steel mud mat, a concrete honeycomb midsection and two steel deck barges. It can operate in water depths of 28—55 feet and can resist 7-foot ice sheets with rubble.

The 3,500 mile voyage through the Bering Sea was carried out nonstop. One of the tugs left the transport temporarily off the Aleutian Islands to top up her own bunkers and to transfer fuel to her sister tug. After that she continued towing.

Smit Tak was also recently contracted to tow the huge semisubmersible drilling rig Polar Pioneer from Hitachi's Ariake Yard, Japan, to the most northerly drilling location in the world, 72 degrees north latitude off Norway. This 12,500-mile-long towage, to be carried out by one of the company's 22,000-hp tugs, will take about 75 days. 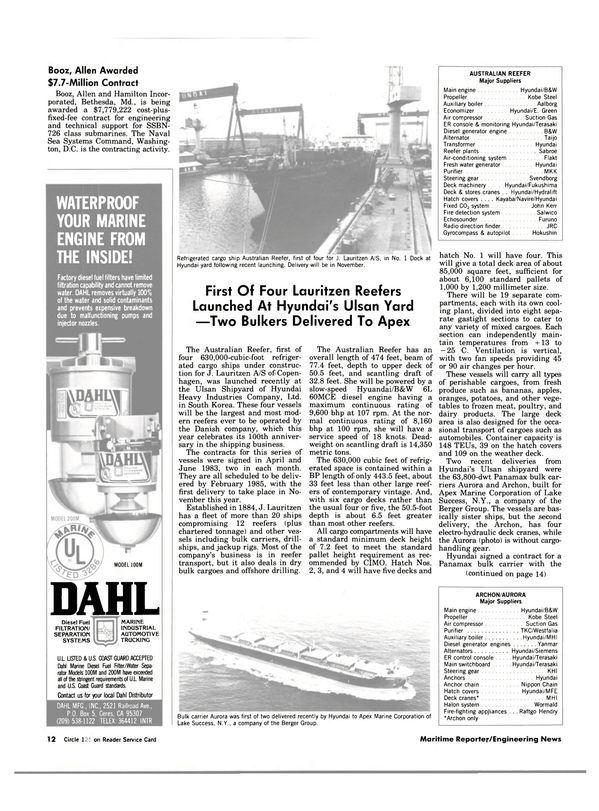