The U.S. Navy's Military Sealift Command recently took delivery of three Fast Sealift Ships (FSS), part of an eight-ship package comprising the Navy's Fast Sealift Ship program designed to increase the mobility and responsiveness of the Armed Forces. These vessels are conversions of the high-speed SL-7 containerships that Sea-Land Service sold to the Navy in 1982 for a total of $271 million for the eight ships.

The conversion of the SL-7s to FSS ships will give them RO/RO capability, side ports to facilitate rapid loading and unloading operations, medium- and heavy-lift cargo-handling equipment for selfsustaining capability that will enable the ships to handle cargo independent of a port facility, and an emergency helicopter landing area.

The Military Sealift Command has awarded a $1.7-million, oneyear firm contract with four oneyear options to Sealift Terminals, Inc. of Jacksonville to provide berthing of the 946-foot-long Antares and Capella, while the other two FSS ships will be berthed at Violet Dock Port, Inc. near New Orleans under a $1.9-million contract.

Sea-Land Service, Inc. has been awarded a $19.7-million, three-year contract for the manning, operation, and maintenance of the first four FSS ships. At the two berthing ports, the ships will be maintained in a four-day, readyfor- sea status. Dock and sea trials will be held periodically. In addition, each ship will participate in military exercises as required. 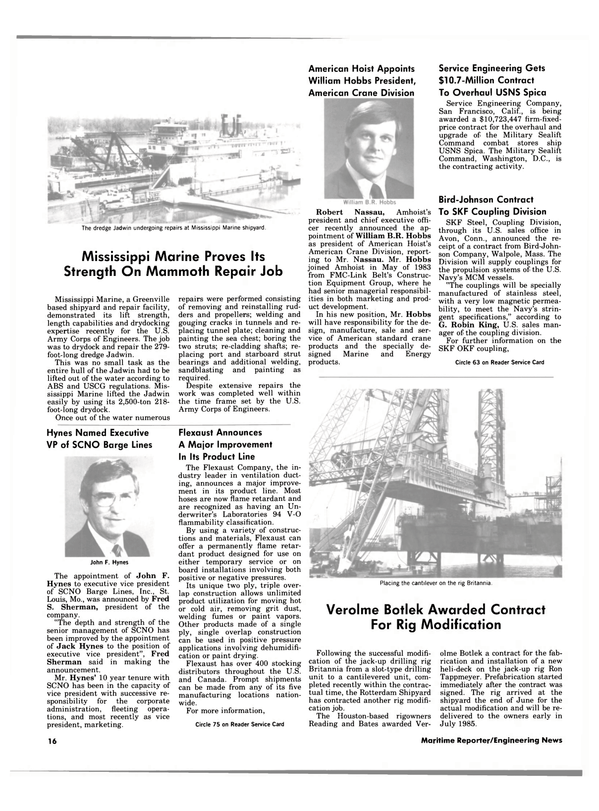