Kelley, Commandant of the U.S.

The ship, the second of three identical ships now under construction for the Navy at Lockheed's Seattle shipyard, was named for the historic area of Philadelphia, Pa. where General George Washington's troops engaged the British under the command of Sir William Howe in October 1777.

The Germantown and all other ships of this class (the Whidbey Island class) are designed to transport combat-ready U.S. Marines and their equipment and supplies to designated trouble spots around the world. The ship is operated by the U.S. Navy, and will carry four air-cushion landing craft (LCAC's) which transport the Marines from the ship to the tactical assault points ashore. Lockheed Shipbuilding is building the dock landing ships only—not the LCAC's.

Delivery to the Navy is scheduled for October 5, 1985. After commissioning, the USS Germantown is destined to become a part of the Amphibious Group-Eastern Pacific, homeported in San Diego, Calif.

The first ship of the class, the Whidbey Island (LSD-41), was launched by Lockheed on June 10, 1983. That ship is nearing the end of its outfitting and testing phase and is scheduled to be delivered to the Navy on November 30, 1984.

It is expected that the Whidbey Island will be commissioned in Lockheed's West Seattle yard sometime in December 1984.

Lockheed also has a third LSD under construction—an identical ship to the Whidbey Island and Germantown. That ship, the LSD- 43 is still unnamed. It is scheduled to be launched December 15, 1985.

The Germantown is the second U.S. Navy vessel to bear that name. The first was a wooden "sloop-of-war" built in 1846. She was scuttled in Norfolk, Va. at the outbreak of the Civil War in 1861.

The Confederate Navy salvaged her and she served until 1864 under the Confederate flag when the Germantown was scuttled again— this time by the Southerners, to prevent the Union forces from capturing her.

Mrs. Kelley was named the ship's sponsor by Secretary of the Navy John F. Lehman Jr.

The Secretary named her husband, General Kelly, Commandant of the U.S. Marine Corps, principal speaker at the launching ceremony.

The Germantown is the 147th ship built in the shipyard during its 95-year history. 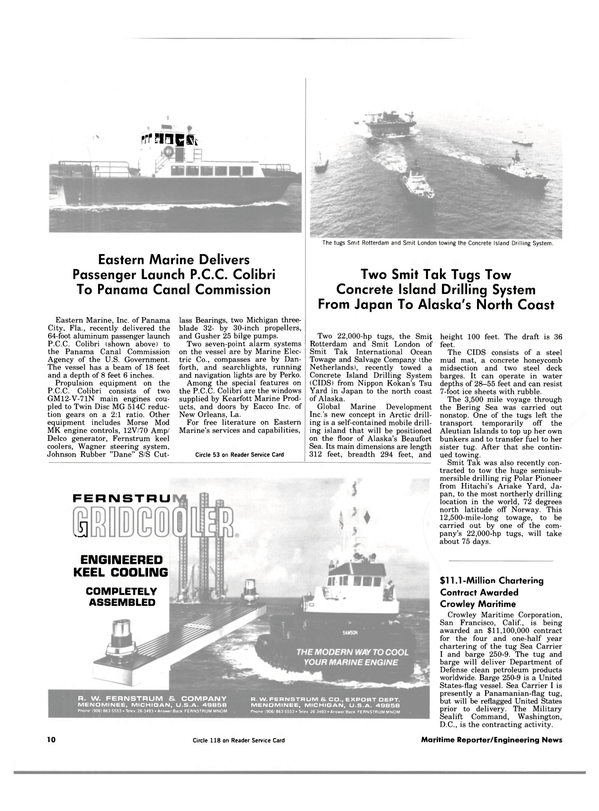