"The only other film like it was produced by the U.S. Coast Guard more than 20 years ago," says Gerald Babin, GPC Video's executive producer. The people at Texas A&M provided the content and AIMS reviewed and endorsed the series.

The series provides a fire-fighting training program which can be implemented on board a ship, tanker, or drilling rig. Those who operate vessels on inland waterways, Port Authorities, and fire departments who may be called upon to fight a fire on board a docked ship should know and understand the techniques taught here. GPC Video will offer this series in both Italian and Korean in the fall of 1984.

To obtain a free 4-color brochure on the series from Gulf Publishing Company Video, Circle 37 on Reader Service Card 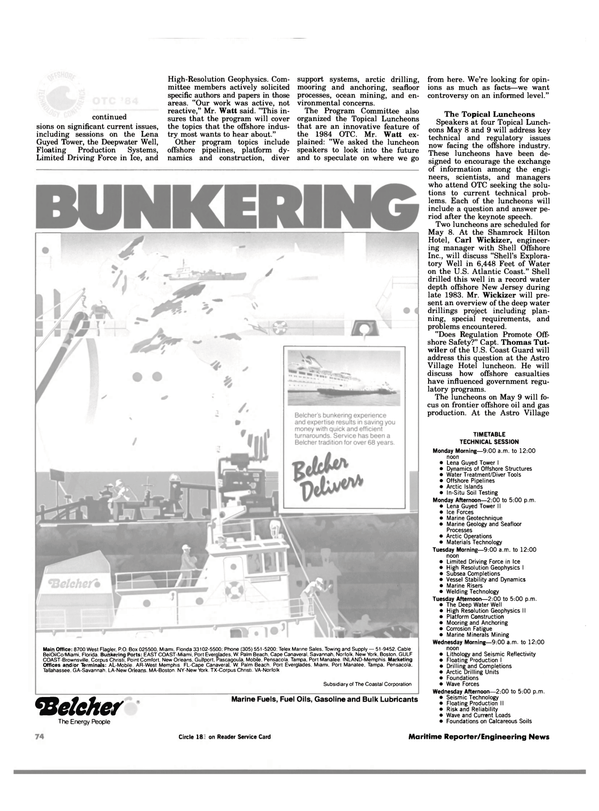