Mr. Ammentorp most recently served as president of the exploration and production group of InterNorth Inc., Houston. He earned his MS and BS degrees in geology from the University of Wisconsin. He is a member of the American Association of Petroleum Geologists as well as local geological societies in various sections of the country.

A subsidiary of Sonat Inc., Sonat Exploration Company, headquartered in Houston, is involved in domestic exploration and production of oil and natural gas. It has lease interests in about 350,000 acres in the Gulf of Mexico and about three million acres onshore in the south, the Appalachians and the Western United States. 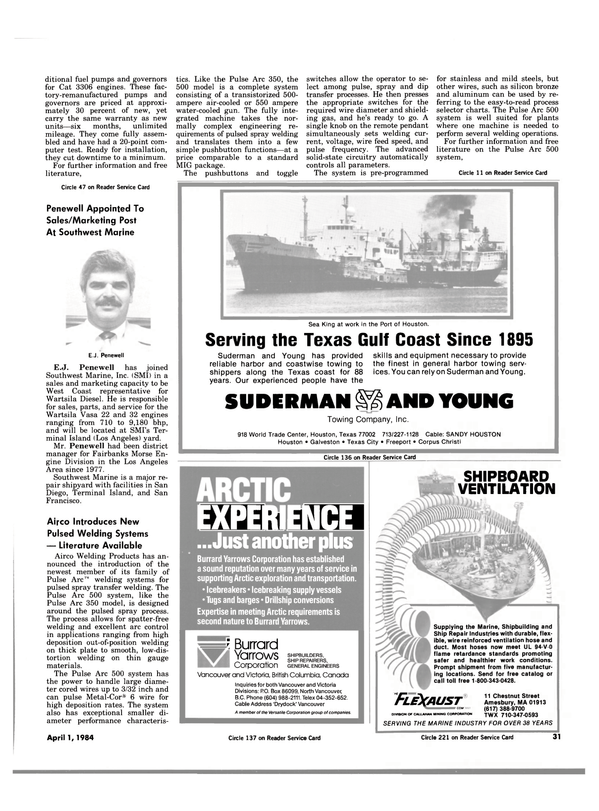