Roger A. Ficchi, chairman of Maritime Capital, Inc. of San Francisco, has announced that D.

Whitney Thornton II has been named president of the company.

SFW recently embarked on a facilities expansion program with the lease of additional land and pier space from the Port of San Francisco. The company's facility now encompasses 18 acres with 5 berths, totaling 4,200 feet of pier including berths of 1,000 feet and 1,100 feet.

SFW also announced the promotion of J.L. Vaughn to the position of general manager. He has been with SFW since 1977 as head of the Planning and Estimating Department and as assistant general manager. In addition, L.J.

Pinchini has been appointed chief engineer. He retired from the U.S. 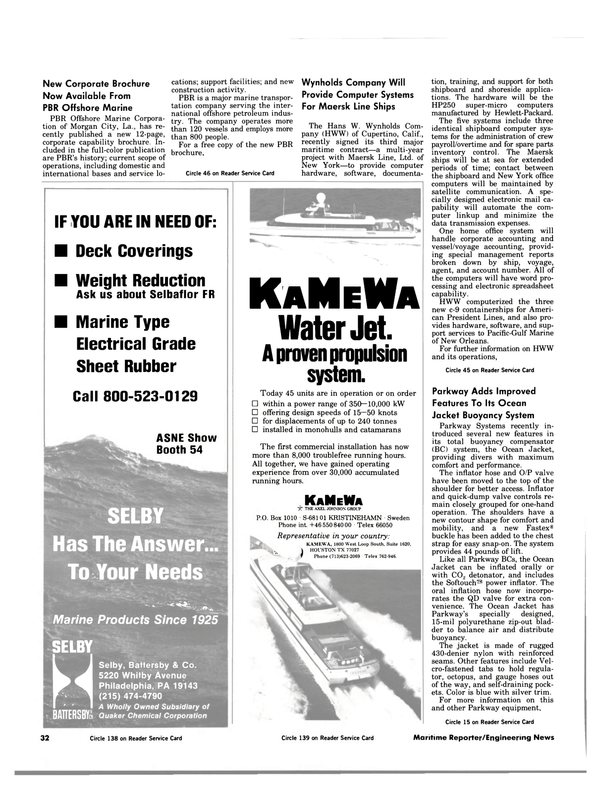