The U.S. Navy has awarded a $1,775,000 fixed-price contract to Nationwide Boiler Inc. of Fremont, Calif., for the refurbishment of seven mobile steam plants. The period of performance extends from February 1984 to June 1985. The contract calls for redesign and complete reconditioning of the steam plants, which were manufactured in the early 1970s. Project manager for the refurbishing is Jeffery J. Shallcross, Nationwide's vice president of engineering.

Each steam plant is mounted on a 40- by 8-foot trailer, and contains four boilers with a combined capacity of 20,000 pounds per hour of steam. Each unit also has a fuel tank, feedwater treatment system, chemical feed system, and central control panel. A complete test program will be conducted on each steam plant prior to redelivery to the Navy.

Mobile steam plants are used at Navy facilities around the world to provide ship's services, such as laundry and heat, when vessels are in port. The units are capable of being transported in a U.S. Air Force C5A transport aircraft.

The Naval Environmental and Energy Support Activity at Port Hueneme, Calif., is the contracting activity. 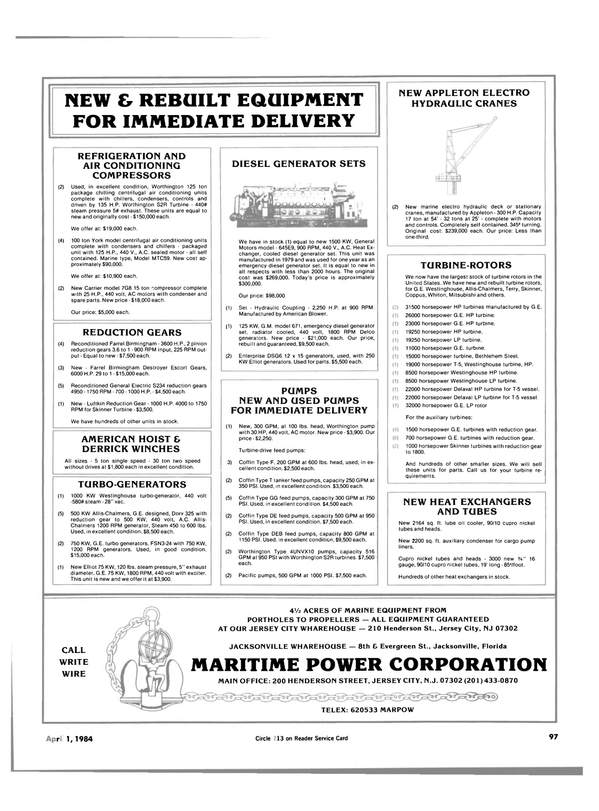