Capt. Arvid Lingaas has been appointed senior vice president for cruise operations for Holland America Line. The announcement was made by Kirk Lanterman, president and chief operating officer of the Seattle-based cruise and travel company.

Captain Lingaas will be responsible for all technical and maritime operations for HAL's five ships—Rotterdam, Volendam, Veendam, Nieuw Amsterdam, and the currently under construction Noordam. The Volendam and Veendam, formerly Moore Mc- Cormack's Brasil and Argentina, are being sold to the Tung Group and will be turned over to the new owner in April this year.

The new senior vice president will have responsibility for managing all ships' officers and crew, hotel services, and all on board passenger services, including entertainment, shops, food, etc.

Captain Lingaas has more than 20 years of ship management experience.

Most recently he was president of United Ship Management, responsible for Costa Line and Hellenic American Cruises charter passenger ship operations in Miami. He also was a senior vice president for Norwegian Caribbean Lines in Miami. He served as master on NCL's Southward, Starward, and Skyward, and has served as an officer in the Royal Norwegian Navy. 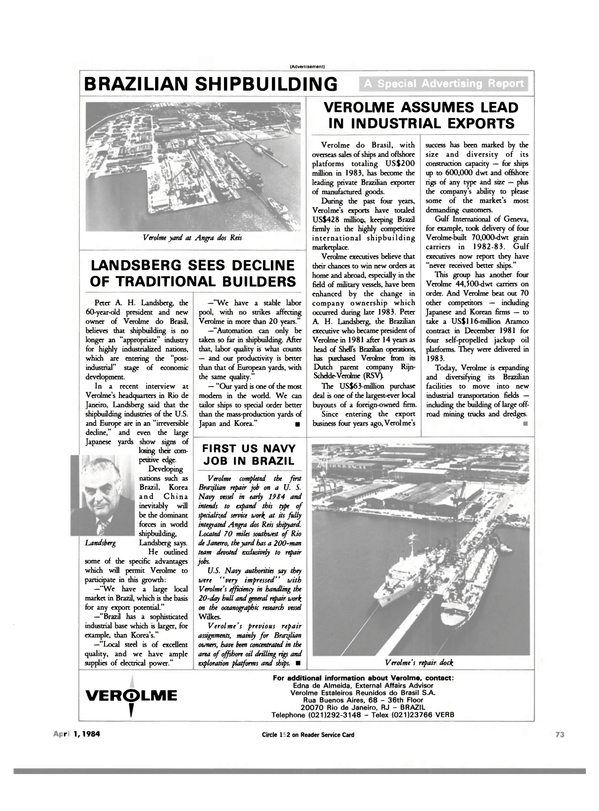