Built by Kenner Marine and Machinery of La Place, La., the vessel was designed by Ryan-Walsh to operate in tandem with a floating clamshell crane, with the crane transferring coal from river barges into one of two hoppers aboard the new rig. A series of conveyors carry coal from the blending hoppers to the rig's sampler, an automatic, continuous, mechanical three-stage unit built by James A.

Redding & Company. From the sampler, the coal moves to the rig's slewing, telescoping and luffing shiploader that completes the transfer of coal from barge to ship.

Serving as sponsors at the christening ceremony were Mrs. Eddie Pen, wife of the president of P & C "Bituminous Coal," and Mrs.

Following the christening, several hundred guests from the shipping and coal industries attended a reception at the Plimsol Club in the International Trade Mart Building.

The Coal Monitor One departed for Baton Rouge immediately after the ceremonies. Two days later, the rig made its commercial debut (photo) loading more than 58,000 tons of coal being shipped by P & C to Taiwan aboard the bulk carrier Panamax Mercury. 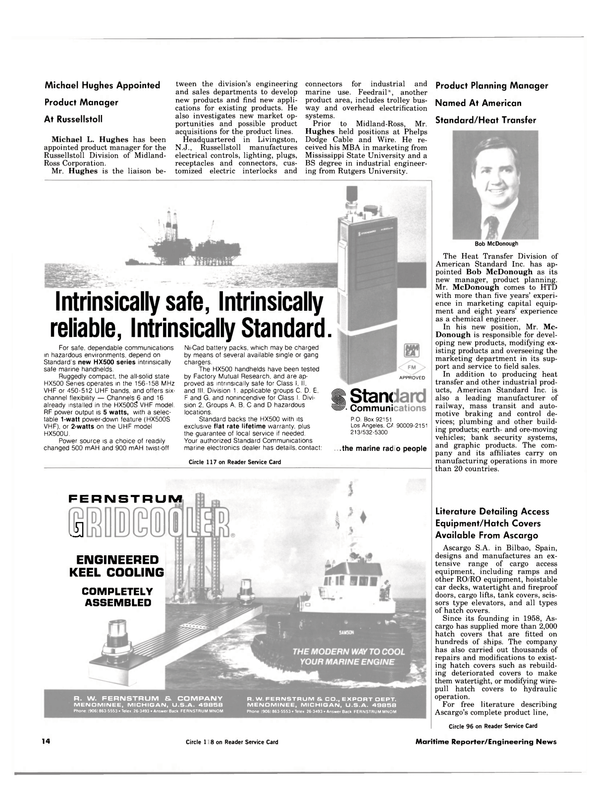