Each has been serving in an acting capacity.

Mr. Ames succeeds George Ryan, who resigned from the agency in 1982 to become president of the Lake Carriers Association in Cleveland. As regional director, Mr. Ames is responsible for assisting U.S.-flag ocean operators and Great Lakes port interests in their marketing efforts and in supporting other maritime endeavors.

The region embraces all of Ohio, Michigan, Indiana, Illinois, Wisconsin and Minnesota, and parts of New York and Pennsylvania.

Mr. O'Donnell, headquartered in New York City, administers federal programs that assist the American maritime industry in all or parts of 17 states stretching from Maine to Florida, and Puerto Rico and the Virgin Islands. 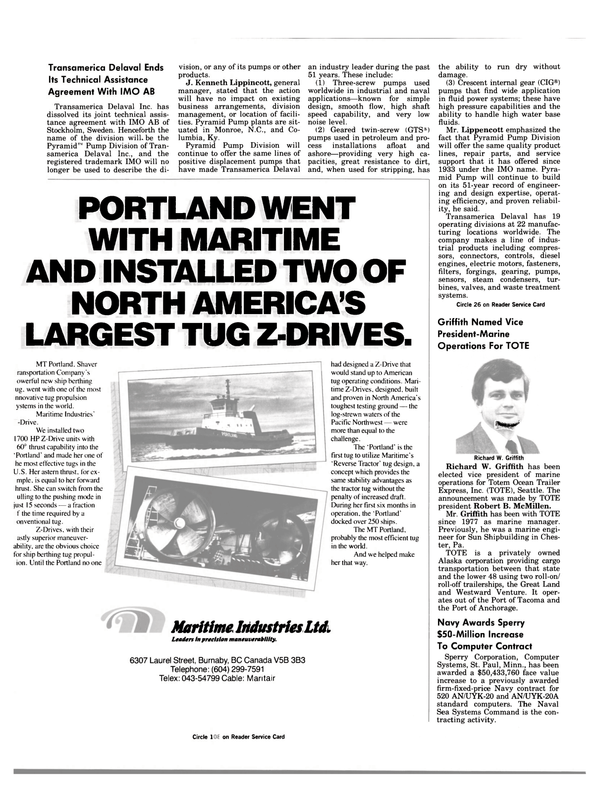