Two companies based in Bergen, Norway—Norwinch and MTT (Marine Transport Technology) A/S—have developed an electrohydraulic cargo crane, the prototype of which has been demonstrated to a number of ship owners.

According to Reidar Rasmussen, sales manager for Norwinch, the new crane has created a great deal of interest abroad, and orders have already been received. Production under license has been established in Spain, where seven cranes are already under construction.

MTT is an engineering company that specializes in the construction of cranes for the merchant fleet and the offshore industry. Tor Roksvaag, director of MTT, says that the company supplies ships' equipment worth approximately 20 million Norwegian kroner annually.

He states that the new crane incorporates several advantages compared with cranes of similar type. The crane requires a minimum of deck space, which is especially important for containerships.

The Norwinch low-pressure hydraulic components chosen for operating the new crane are well known for their reliability, and are especially suited for continuous running under severe conditions with a minimum of inspection and maintenance. Last year Norwinch had total sales of approximately 200 million NOK.

The new crane will be marketed through the Norwinch Group's worldwide agent network.

For further information and free literature on the new crane, Circle 29 on Reader Service Card 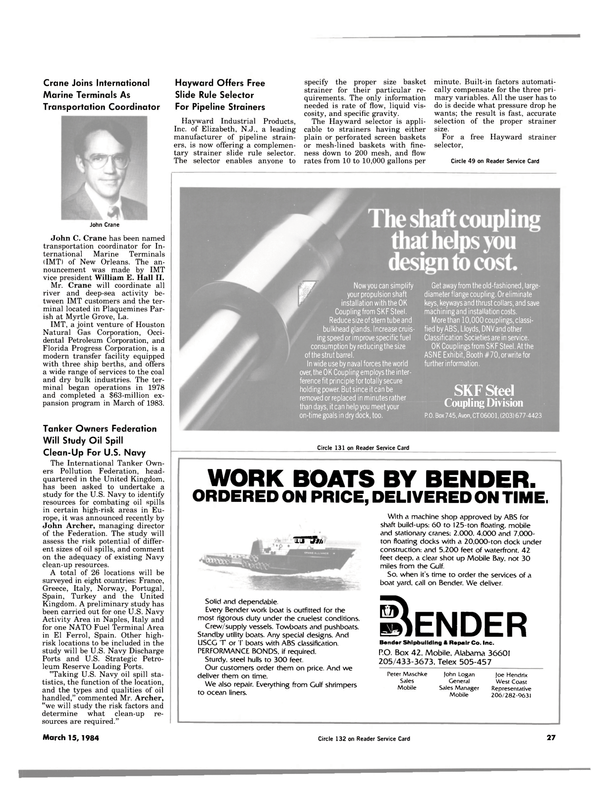