The fourth meeting of the 1983- 84 season of The Society of Naval Architects and Marine Engineers Los Angeles Metropolitan Section was held aboard the SS Princess Louise I. Some 100 members and guests attended this joint meeting with the American Society of Naval Engineers and the Marine Technology Society. Prior to the technical portion of the evening, each organization provided news and announcements.

The guest speaker at the meeting was Dan Friedman, vice president and general manager of Fluor Offshore Services of Irvine, Calif. His presentation, accompanied by slides and movies, was titled "An Update of the Offshore Platform Industry." Mr. Friedman began with a chronology of offshore oil drilling developments beginning in 1896.

Drilling and production offshore southern California began early in this century utilizing trestles and crude wood pile structures in very shallow water. Pictures were shown of a few of these early platforms.

The author then reviewed some aspects of current technology.

These include model testing, full scale empirical data, and new metallurgical information. He stressed the use of computer design tools such as three-dimensional frame analysis, environment loads dynamics, and fatigue analysis.

Mr. Friedman concluded by showing two interesting films. The first covered the deployment of CONOCO's barge-launched jacket structure in 500 feet of water at the Murchison Field in the North Sea. The second film showed the construction in Norway and towing of a 200,000-ton concrete, gravity-based production platform destined for the Frigg Field in 200 feet of water. 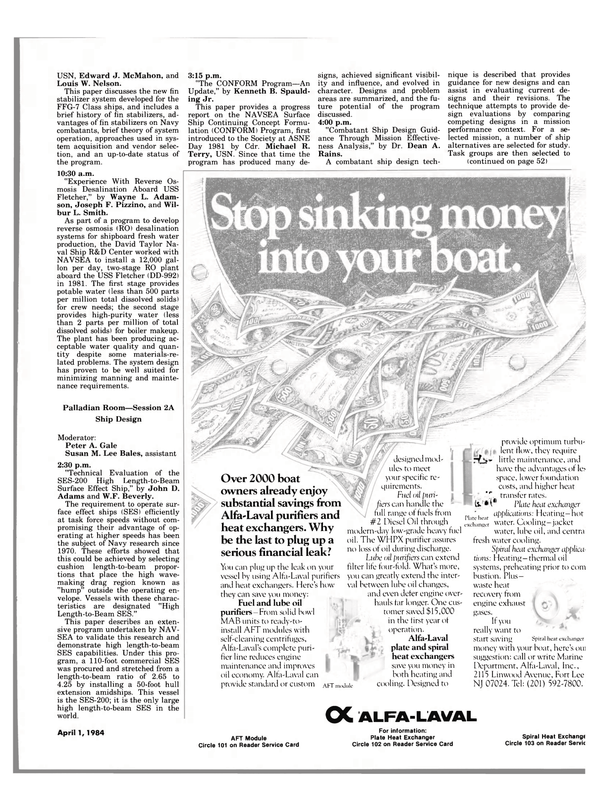