The 12,000-bhp tug Dahlia has the semi-submersible rig Penrod 74 under tow en route from the Philippines to the U.S. Gulf. Sailing at the end of December 1983, the rig is scheduled for delivery in April this year.

In another move, the J-deck module for Pecten (Shell) was constructed aboard the 14,700-dwt barge TMS-6 in Morgan City, La.

The tug Kaiyo Maru then took the barge under tow from the Gulf en route to Duala, where installation of the central platform in the Mokoko and Abana fields off Cameroon took place in February.

Under contract to Brown & Root, TMS has delivered four barges with modules and other structures from NKK's Shimizu yard to the Sabah gas utilization project off Labuan Island, North Borneo. The barges were towed by the tugs Freejia, Shin-ei Maru, Kairyu Maru, and Tokuei Maru No. 28. 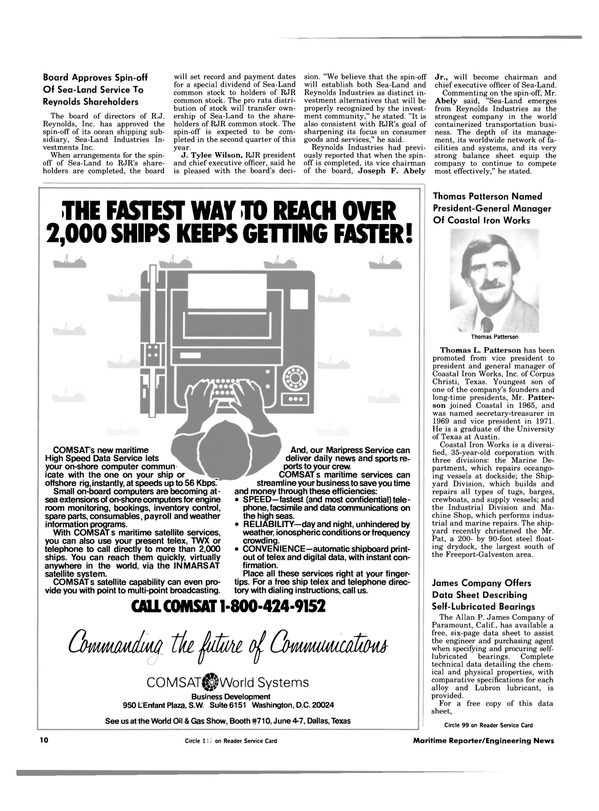