—Literature Available The Northern Division of the Naval Facilities Engineering Command (NAVFAC), headquartered at the Philadelphia Naval Shipyard, has awarded a $73.7-million contract for the multi-year procurement of 23 portal cranes to Craft Machine Works, Inc., a small business firm in Hampton, Va.

The contract is the largest small business set-aside ever awarded by NAVFAC's Northern Division and the largest ever made following a successful appeal by SBA to the Secretary of the Navy.

The precedent-setting award was the direct result of action by SBA's Procurement Center Representative Joseph E. May, who at the time was stationed at the Philadelphia Naval Shipyard. Mr. May has since been named Chief of Prime Contracts, Philadelphia Regional office.

Craft Machine Works, Inc., was chosen from 18 firms that submitted technical proposals and 13 companies selected for actual bidding on the firm, fixed-price production contract which includes fabrication and installation.

Eighteen of the 60-ton cranes will go to the Norfolk Naval Shipyard in Portsmouth, Va., three to the Philadelphia Naval Shipyard, one to the Naval Submarine Base at King's Bay, Ga., and one to the Polaris A t l a n t i c Missile Facility, Charleston, S.C. The cranes will be delivered over a five-year period.

The cranes are of the railmounted, self-powered portal type.

They will revolve on a rotating bearing.

Capacity will be 60 tons at a 90-foot radius. All but one of the cranes will replace existing equipment. 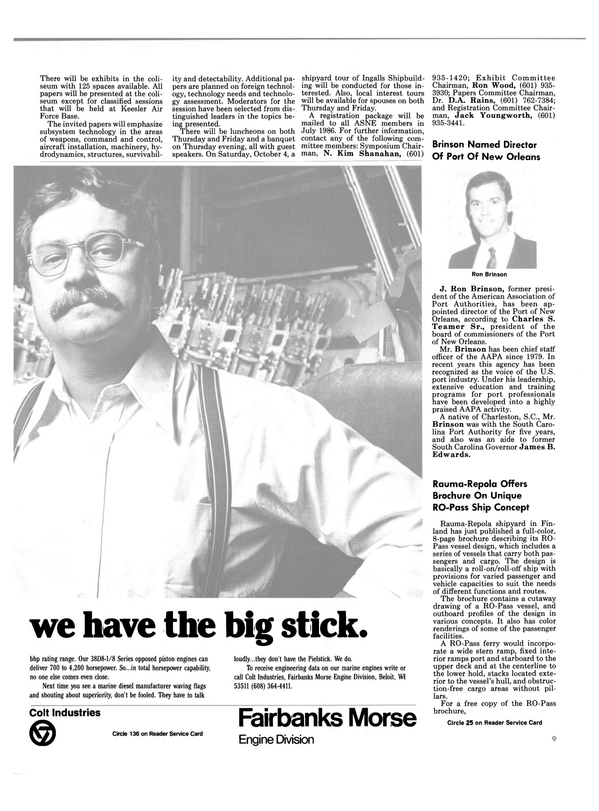