An impressive double launching was held recently at the Papenburg, West Germany, shipyard of Meyer Werft. Numerous guests attended the ceremony, including some from Indonesia.

These newbuildings are the fifth and sixth passenger vessels built by the yard for the Directorate General of Sea Communication, Jakarta, and follow a series of four 14,000-grt passenger ships built for the Republic of Indonesia between mid-83 and early 1985.

Delivery of the Kelimutu is scheduled for July this year, with the Lawit to follow in September.

The two ships, which have a cruising range of 4,000 nautical miles, will be employed in the Indonesian interisland service. Accommodations are provided for 920 passengers and a crew of 84.

Propulsion for each ship is provided by two MaK 6MU453 diesel engines, each developing 2,176 bhp at 600 rpm. Service speed at 90 percent of mcr and 15 percent sea margin will be 14 knots. For enhanced maneuverability, each ship is equipped with a bow thruster with controllable- pitch propeller, providing a thrust of about 7.5 tons.

The ships have an overall length of 327.4 feet, beam of 59 feet, depth to weather deck of 30.8 feet, and draft of 13.8 feet. For the safety of passengers and crew, eight motor lifeboats and 20 life rafts are provided, meeting the highest requirements of SOLAS 1974. The ships are built in compliance with the regulations of the Indonesian classifim cation society KI and under survey of Germanischer Lloyd to the class KI +A1001 Passenger Vessel +SM. 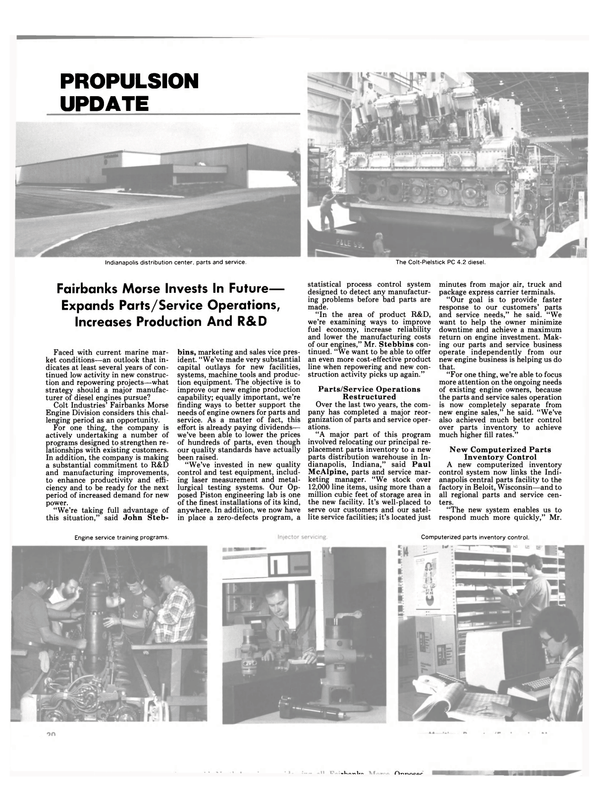