The Port Authority of New York and New Jersey, the State of New Jersey, and the City of New York have jointly urged Congress to appropriate $56,550,000 for five vital deepwater navigation projects in the Port during fiscal year 1987. All of the work would be carried out by U.S. Army Corps of Engineers. The proposed federal budget allots only $17,300,000 for four of the five projects.

The major portion of the $39,250,000 recommended increase for the bi-state port represents additional funding sought by local interests for the deepening of the Kill Van Kull and Newark Bay channels to provide an urgently needed initial depth of 40 feet in two years. The port interests are seeking $50 million for this project instead of the $12 million proposed in the federal budget. 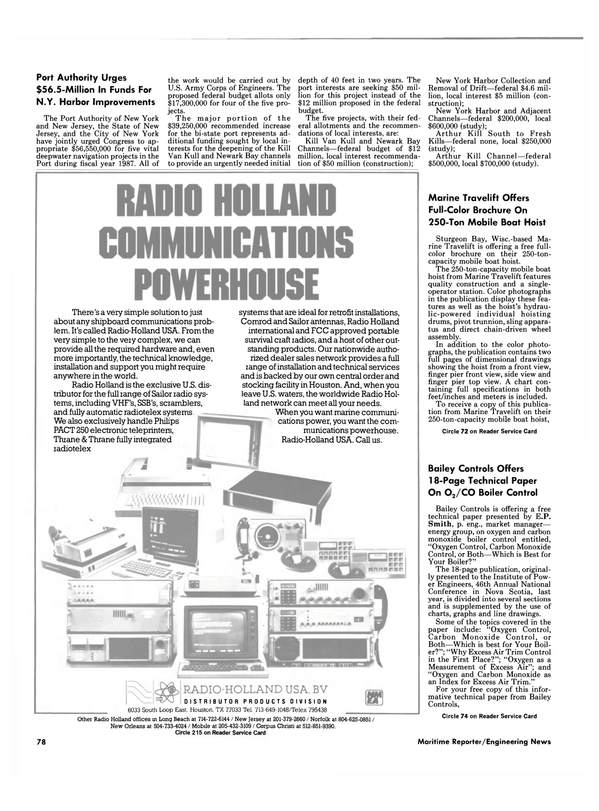