Shipmate's effort to create the total navigation system has led to the development of the RS-2000, full-featured color track plotter which, the company reports, gives virtually unlimited navigation flexibility.

The RS-2000 is not only a color track plotter, but also an electronic charting system that shows prerecorded charts for many of the most popular fishing and coastal areas.

The seven-color display enables users to freely choose any colors to mark tracks, reefs, rocks, etc. This particular feature permits the user to develop his own private "color language" on the screen. It also helps to prevent navigational accidents.

Charts are stored permanently on cassette tapes, allowing for easy exchange of maps and charts between users. Charts can also be drawn up before a voyage and new information can be added as needed and then stored for future use.

A built-in universal interface allows connection of just about any type of nav receiver. The RS-2000 can be used in conjunction with Shipmate's RS-5100 satellite navigator to calculate arrival times at specified fishing areas as well as being able to keep a permanent record of traveled courses. This combination is outstanding in terms of accuracy, economy and safety. It can also show up to 255 routes with unlimited waypoints per route.

This unique plotter enables the user to remember all previous voyages and keep track of the popular fishing and coastal areas, as well as being able to scale up or down or shift in any direction at the touch of a button. 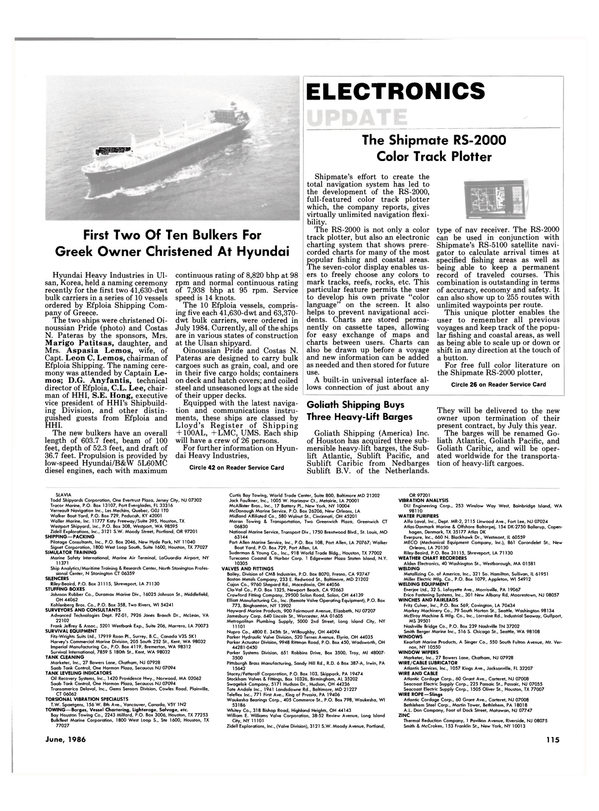